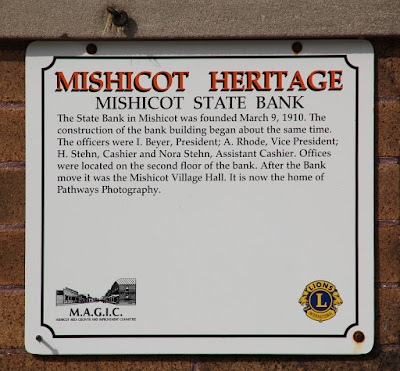 The State Bank in Mishicot was founded March 9, 1910. The construction of the bank building began about the same time. The officers were I Beyer, President; A. Rhode, Vice President; H. Stehn, Cashier [sic] and Nora Stehn, Assistant Cashier. Offices were located on the second floor of the bank. After the Bank move it [the building] was the Mishicot Village Hall. It is now the home of Pathways Photography.

Learn more about Mishicot history at the Mishicot Historical Museum and Research Center. 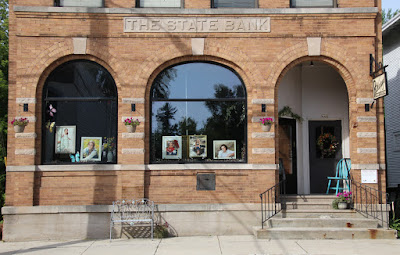 The marker is affixed to the facade, to the far right of the entrance. 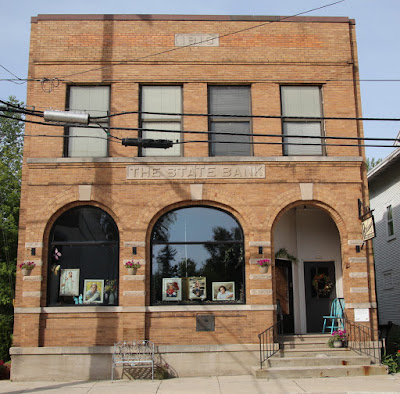 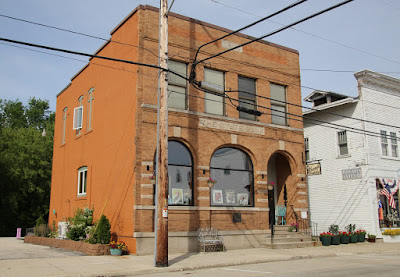 The Mishicot State Bank building and marker are located in Mishicot, Wisconsin.