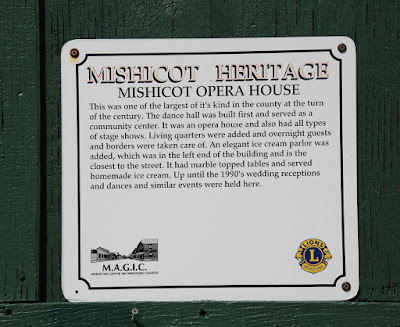 This was one of the largest of it's [sic] kind in the country at the turn of the century. The dance hall was built first and served as the community center.It was an opera house and also had all types of stage shows. Living quarters were added and overnight guests and borders were taken care of. An elegant ice cream parlor was added, which was in the left end of the building and is the closest to the street. It had marble topped tables and served homemade ice cream. Up until the 1990's wedding receptions and dances and similar events were held here.

The marker is affixed to the facade of the Mishicot Opera House (now home to "Opera House Antiques") and is accessible from westbound East Main Street / Wisconsin Highway 147, at its intersection with Spruce Street, at or near 229 East Main Street, Mishicot, Wisconsin 54228. 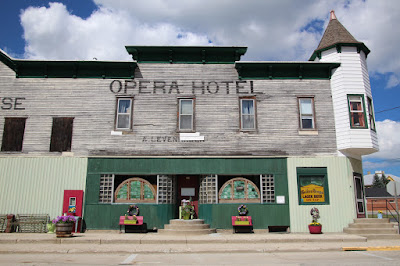 The marker is affixed to the facade,
to the right of the stained glass window. 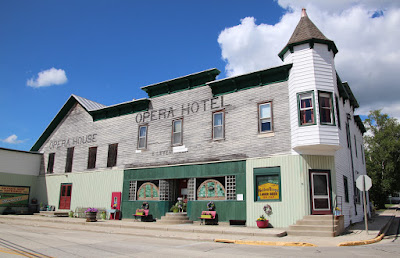 Such a stately building! 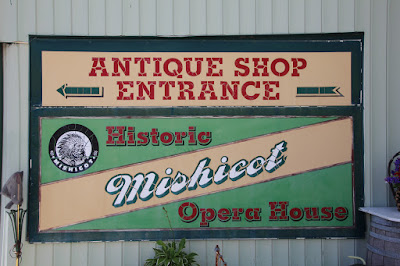 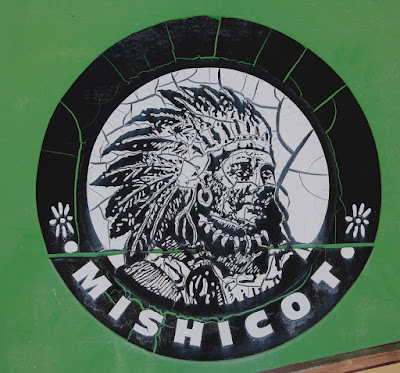 Chief Mishicot, after whom the village is named. 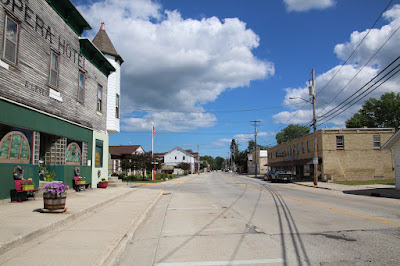