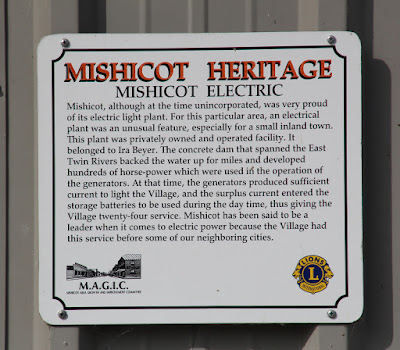 Mishicot, although at the time unincorporated, was very proud of its electric light plant. For this particular area, an electrical plant was an unusual feature, especially for a small inland town. This plan was privately owned and operated facility. It belonged to Ira Beyer. The concrete dam that spanned the East Twin Rivers backed the water up for miles and developed hundreds of horse-power which were used in the operation of the generators. At that time, the generators produced sufficient current to light the Village, and the surplus current entered the storage batteries to be used during the day time, thus giving the Village twenty-four [hour] service. Mishicot has been said to be a leader when it comes to electric power because the Village had this service before some of our neighboring cities.

The marker is affixed to the facade of a large building accessible from eastbound East Main Street, east of its intersection  at 418 E. Main Street, Mishicot, Wisconsin 54228. 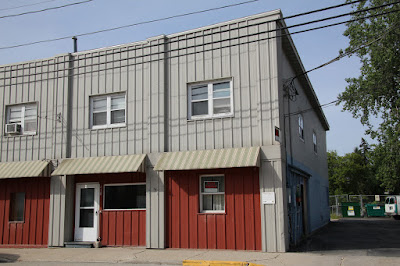 The marker is affixed to the right corner of the facade. 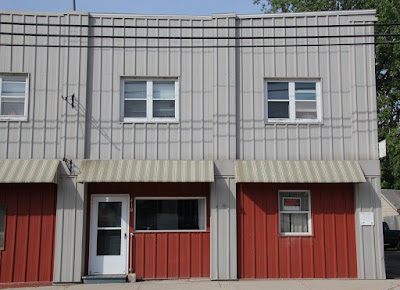