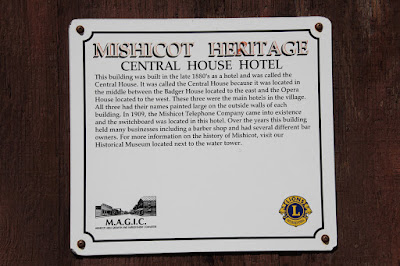 This building was built in the late 1880's as a hotel and was called the Central House. It was called the Central House because it was located in the middle between the Badger House located to the east and the Opera House located to the west. These three were the main hotels in the village. All three had their names painted large on the outside walls of each building. In 1909, the Mishicot Telephone Company came into existence and the switchboard was located in this hotel. Over the years this building held many businesses including a barber shop and had several different bar owners. For more information on the history of Mishicot, visit our Historical Museum located next to the water tower.

The marker is affixed to the facade of what is now Reb's Bar, and is accessible from westbound East Main Street / Wisconsin Highway 147, west of its intersection with Jackson Street, at or near 439 East Main Street, Mishicot, Wisconsin 54228. 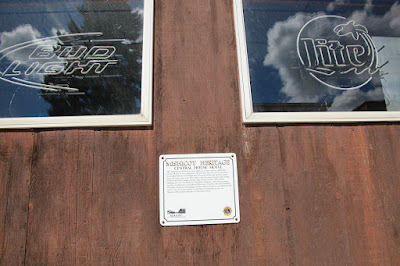 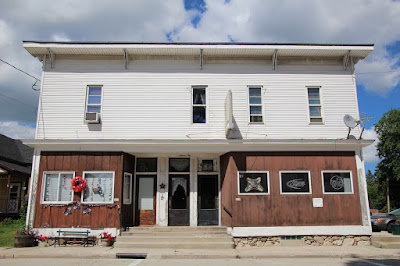