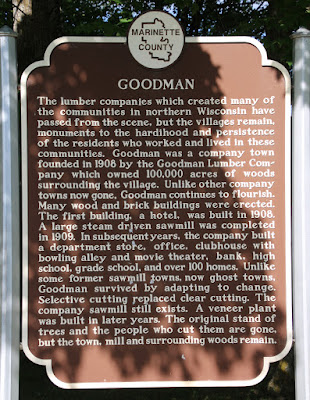 The lumber companies which created many of the communities in northern Wisconsin have passed from the scene, but the villages remain, monuments to the hardihood and persistence of the residents who worked and lived in these communities. Goodman was a company town founded in 1908 by the Goodman Lumber Company which owned 100,000 acres of woods surrounding the village. Unlike other company towns now gone, Goodman continues to flourish. Many wood and brick buildings were erected. The first building, a hotel, was built in 1908. A large steam driven sawmill was completed in 1909. In subsequent years, the company built a department store, office, clubhouse with bowling alley and movie theater, back, high school, grade school, and over 100 homes. Unlike some former sawmill towns, now ghost towns, Goodman survived by adapting to change. Selective cutting replaced clear cutting. The company sawmill still exists. A veneer plant was built in later years. The original stand of trees and the people who cut them are gone, but the town, mill and surrounding woods remain. 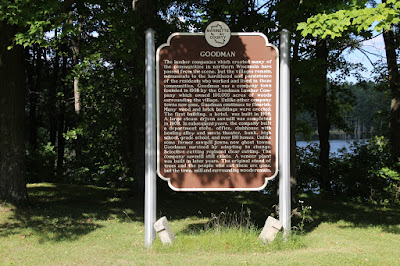 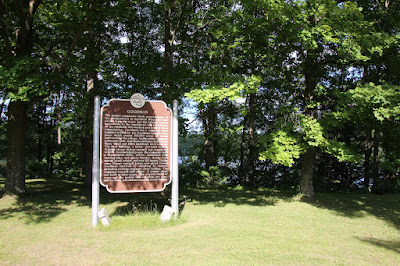 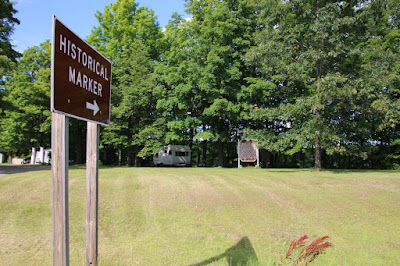 Signage at the marker location. 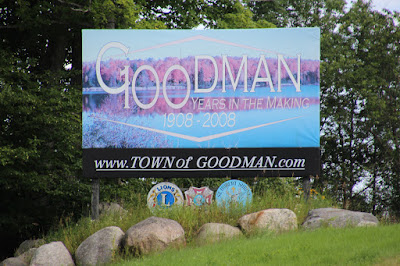 The marker is located in Goodman, Wisconsin.