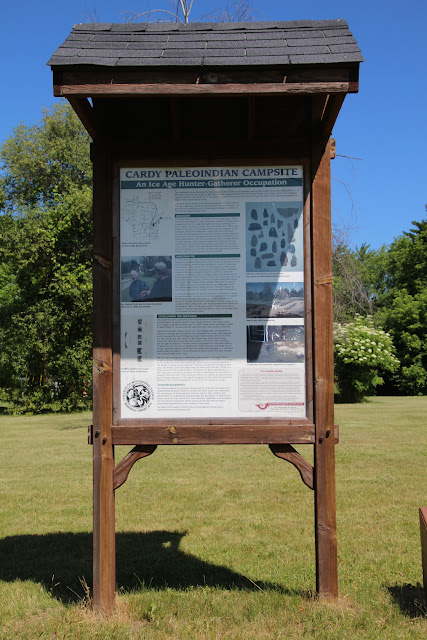 The residential lot surrounding this sign preserves the remains of a campsite used by early Native Americans about 9000 B.C. At that time, near the end of the Ice Age, glaciers had largely retreated from the United States, but northern Wisconsin remained largely under ice. The Cardy Site is unusually far north for this period of time, and may have been within walking distance of the edge of the continental ice sheet.

The Cardy Site is listed on the National Register of Historic Places. Through a generous donation by the Clayton and Leona Cardy, it is permanently protected as an archaeological research preserve by The Archaeological  Conservancy.

An archaeological mystery law hidden here for many years. Since 1878 four generations of the Cardy family collected chipped stone implements from the vegetable gardens and surrounding farm area. Interest in these artifacts was re-kindled in the 1950s when Clayton's son Darrel left Sturgeon bay to pursue a degree at the University of Wisconsin-Madison. Armed with new information from his archaeology textbook, Darrel surmised that the projectile points found at the Cardy gardens were similar to those found at Clovis, New Mexico, and hence among the oldest artifacts known in North America. Darryl took the artifacts to Madison seeking confirmation, but local scholars quickly pronounced this unlikely, since it was "known" that northeastern Wisconsin was ice-bound and uninhabited some 11,000-12,000 years ago when Clovis-like artifacts were in use. Interest in the site waned.

In 1979, some 20 years after the denial of the Cardy Site antiquity, interest was sparked anew when a grant from the National Oceanic and Atmospheric Administration brought Dr. David Overstreet, then Director of the Center for Cultural Research at Marquette University, to the Cardy's doorstep. Mr. Clayton Cardy expressed interest in the archaeologist's desire to confirm or deny the presence of Ice-Age people at Sturgeon Bay and understood the great significance of this problem, but he was unwilling to allow any disturbance to his gardens. Another 25 years would pass before at the age of 88, Clayton Cardy decided it was time to resolve the nagging questions that persisted for so many years about the archaeological site's validity and its antiquity. He gave Dr. Overstreet permission to conduct an archaeological excavation.

In 2003 the long-awaited test excavations commenced. A series of seventeen test pits were carefully excavated within the garden and the surrounding Cardy property. The test pits yielded a bounty of chipped stone tools including four broken spear points, scrapers, flake cutting tools, and chipping debris from stone tool manufacture. Much of the stone used to make these tools is nonlocal -- having originated near Moline, Illinois or perhaps even as far distant as central Ohio.

The projectile points recovered by the excavations are classified by archaeologists as Gainey points, a type closely related to the Clovis points that caught young Darrel Cardy's eye in 1959. These points are known to date to about 9000 B.C., so we know the Cardy Site was used at about that time.

Paleoenvironmental studies carried out near Sturgeon Bay and elsewhere in Wisconsin indicate an environment much different than today. Lake Algonquin, which occupied the Lake Michigan and Lake Huron basins at the end of the Ice Age, would have been about 25 feet higher than Green Bay is today. Hence the Cardy Site would have been closer to the shore than it is today, but not right at lakeside. The vast forests that greeted the first white settlers of Wisconsin were not as yet established. Rather treeless tundra like that of modern northern Canada would have dominated the landscape. It is uncertain exactly where the edge of the continental ice sheet would have been located, but it was probably quite close.

We can only speculate about what drew these people to this spot. Was it simply a sense of adventure to roam and occupy new lands? Were they drawn to the tundra at a time when mammoth, caribou, and muskoxen grazed on the sedge meadows and grasslands? Did they compete with the big tooted cats, dire wolves, and short-faced bears for these prey animals? These and other questions will be addressed in the future through the generosity of the Cardy family and its partnership with the Archaeological Conservancy to preserve the Cardy Site. Their combined efforts will provide an opportunity to study human adaptation to the rapidly changing climatic conditions along the margins of the continental glaciers at the end of the last great ice-age.

The Archaeological Conservancy recognizes the important role played by long-standing property owners Emanuel and Delia Cardy who impressed the importance of historical and cultural values in their children and grandchildren and gratefully acknowledges the generosity of Clayton and Leona Cardy for their donation of this nationally significant archaeological site. Dr. David F. Overstreet, Darrel Cardy and the Menominee Nation contributed significantly to the creation of the kiosk.

The "Cardy Site" is listed on the National Register of Historic Places: Wisconsin. 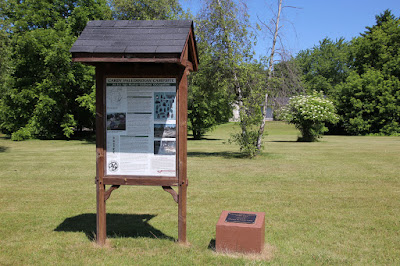 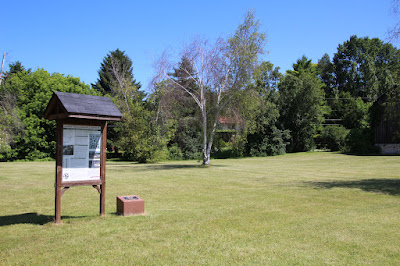 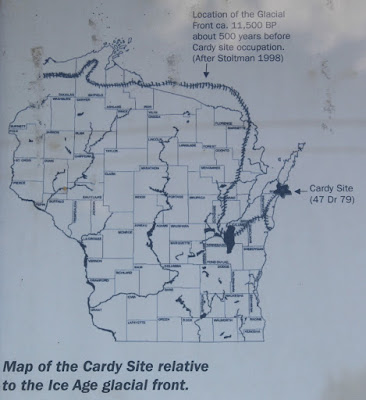 Map of the Cardy Site relative to the Ice Age glacial front. 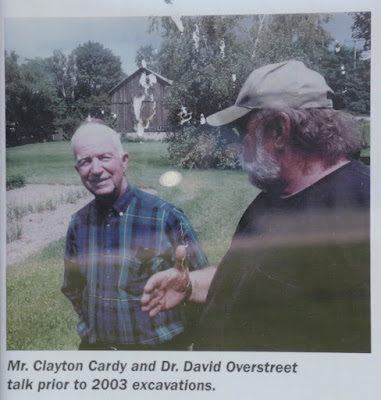 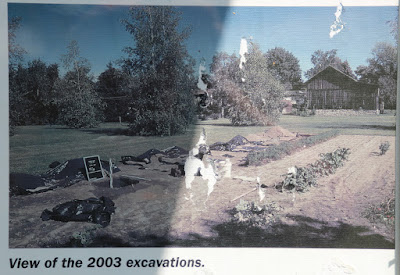 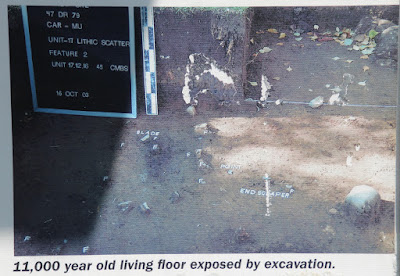 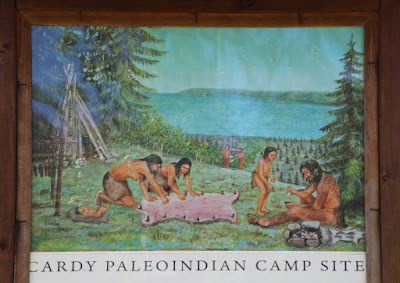 CARDY PALEOINDIAN CAMP SITE
This is an artist rendition of what the
area may have looked like 10,000 years ago.
The painting may not be historically accurate,
changes may be required. 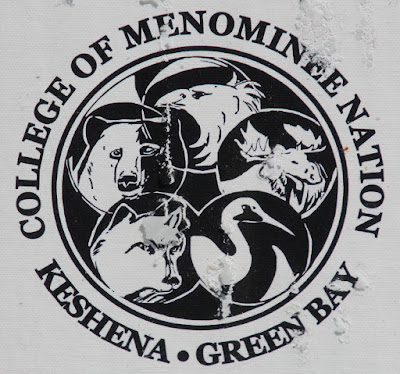 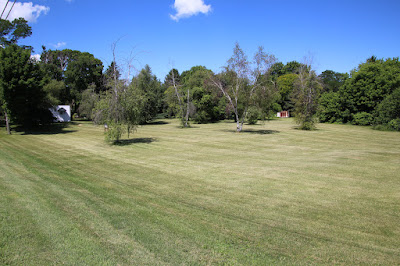 View of the campsite. 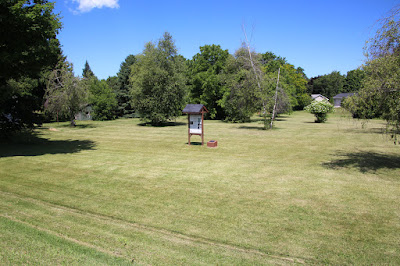 Another view of the campsite. 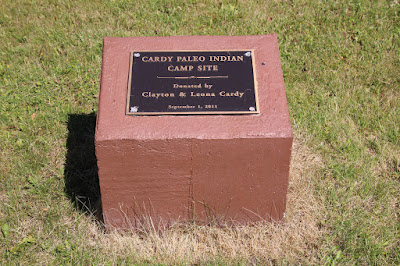 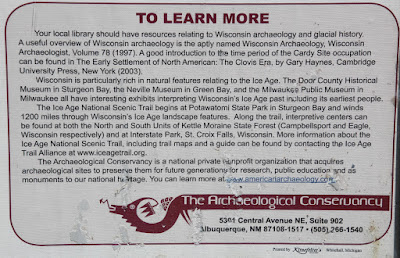 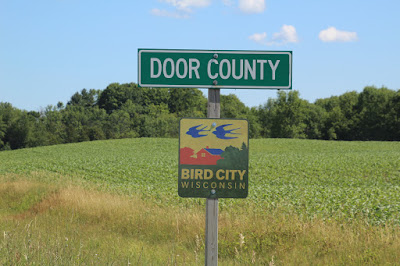 The marker is located in Door County. 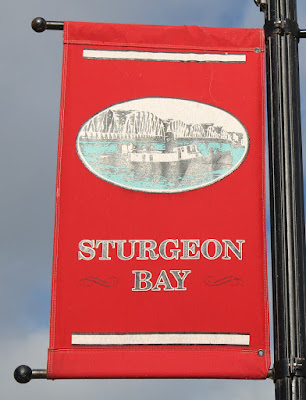 The marker is located in Sturgeon Bay, Wisconsin.