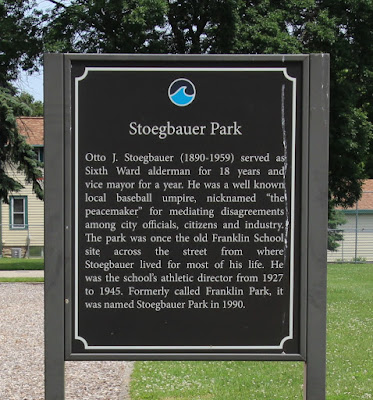 Otto J. Stoegbauer (1890-1959) served as Sixth Ward alderman for 18 years and vice mayor for a year. He was a well known local baseball umpire, nicknamed “the peacemaker” for mediating disagreements among city officials, citizens and industry. The park was once the old Franklin School site across the street from where Stoegbauer lived for most of his life. He was the school’s athletic director from 1927 to 1945. Formerly called Franklin Park, it was named Stoegbauer Park in 1990.

Stoegbauer Park (aka Franklin Park) is located at northbound Idaho Street, at its intersection with West 6th Avenue, Oshkosh, Wisconsin 54902. 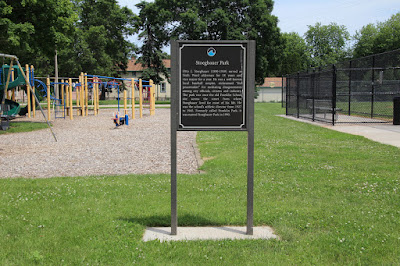 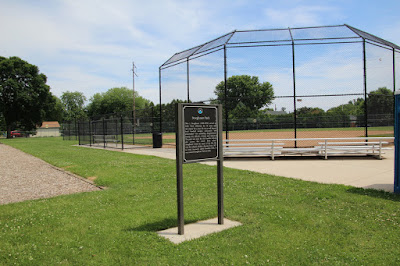 The marker is next to the baseball diamond. 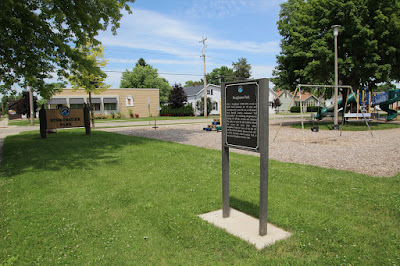 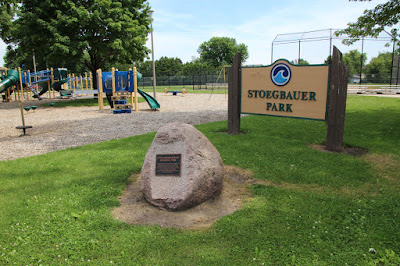 The marker is located at Stoegbauer Park in Oshkosh, Wisconsin.