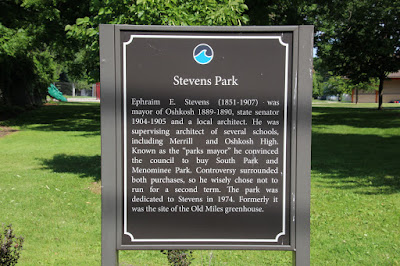 Ephraim E. Stevens (1851-1907) was mayor of Oshkosh 1889-1890, state senator 1904-1905 and a local architect. He was supervising architect of several schools, including Merrill and Oshkosh High. Known as the “parks mayor” he convinced the council to buy South Park and Menominee Park. Controversy surrounded both purchases, so he wisely chose not to run for a second term. The park was dedicated to Stevens in 1974. Formerly it was the site of the Old Miles greenhouse.

The marker is located at Stevens Park and is accessible from northbound Frankfort Street, between Bay Shore Drive (to the south) and Harney Avenue (to the north), Oshkosh, Wisconsin 54901. 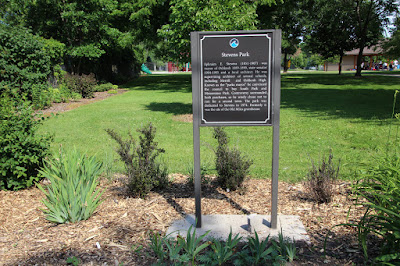 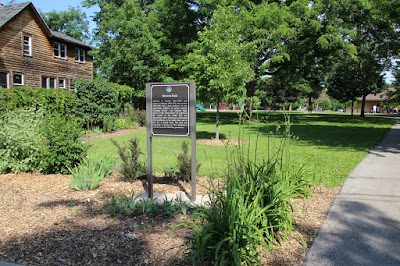 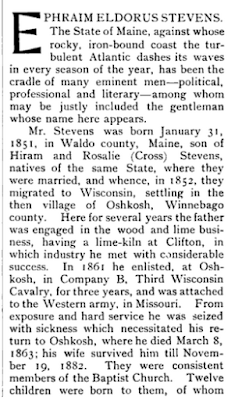 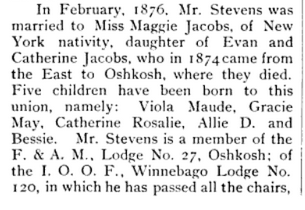 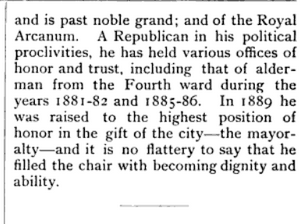 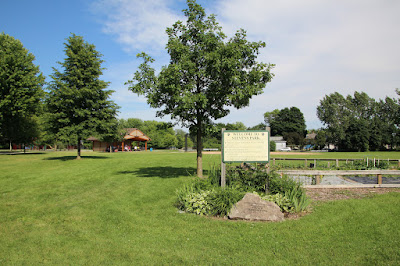 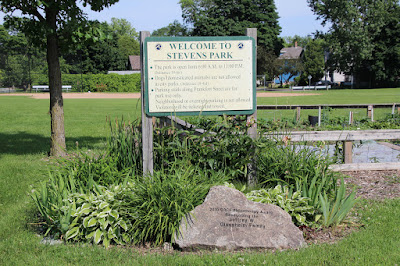 The marker is located at Stevens Park in Oshkosh, Wisconsin.