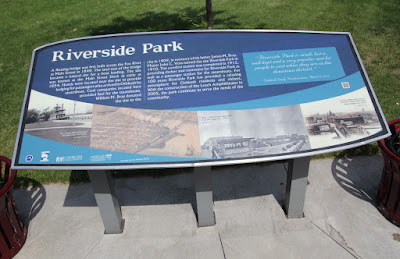 A floating bridge was first built across the Fox River at Main Street in 1849. The land east of the bridge became a natural site for a boat landing. The site was known as the Main Street Dock as early as 1854. Hotels were located near the site to provide lodging for passengers who arrived in Oshkosh by steamboat. Coal companies located here provided fuel for the steamboats. William M. Bray donated the site to the city in 1909, in memory of his father James M. Bray. Mayor C. Voss named the site Riverside Park in 1910. The comfort station was completed in 1912, providing shelter and restrooms for Riverside Park as well as a passenger station for the steamboats. For 100 years Riverside Park has provided a relaxing atmosphere for Oshkosh residents and visitors. With the construction of the Leach Amphitheater in 2005, the park continues to serve the needs of the community.

"Riverside Park is small, but is well kept and a very popular spot for people to visit when they are in the downtown district."
Oshkosh Daily Northwester, April 27, 1914.

The marker is located at Riverside Park, along the east bank of the Fox River, and is accessible from the Oshkosh Convention Center Parking lot on one-way, eastbound Ceape Avenue, just east of its intersection with North Main Street, at or near 2 North Main Street, Oshkosh, Wisconsin 54901.

NOTE: Park in the Convention Center Parking Lot, then follow the park pathway to the marker location (see photos below). 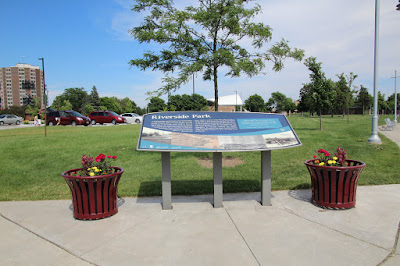 Access the marker from the parking lot visible to the left. 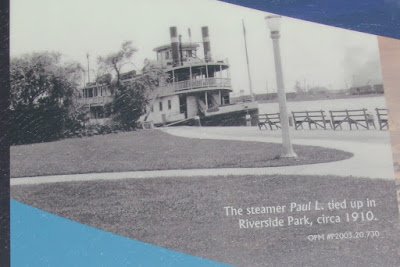 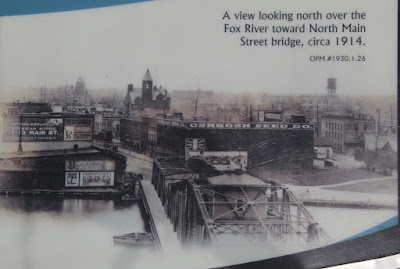 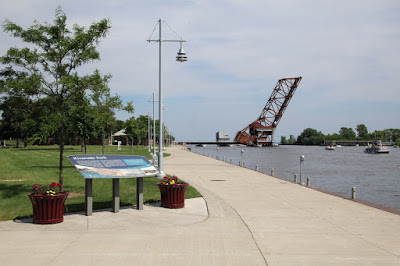 Looking south along the Fox River. 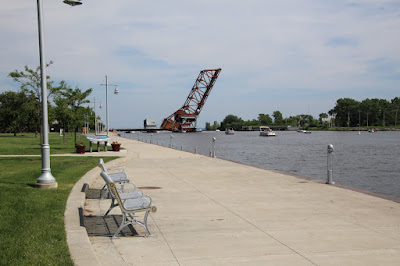 A lovely location!
The marker is located in Oshkosh, Wisconsin.