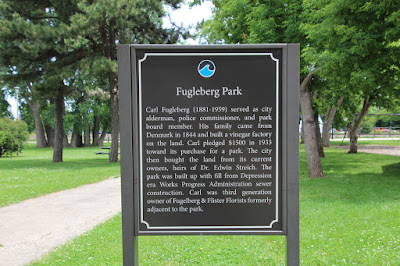 Carl Fugleberg (1881-1959) served as city alderman, police commissioner, and park board member. His family came from Denmark in 1844 and built a vinegar factory on the land. Carl pledged $1500 in 1933 toward its purchase for a park. The city then bought the land from its current owners, heirs of Dr. Edwin Streich. The park was built up with fill from Depression era Works Progress Administration sewer construction. Carl was third generation owner of Fugelberg & Flister Florists formerly adjacent to the park.

The marker is located at Fugleberg Park and is accessible from northbound Doty Street, between West 21st Avenue (to the south) and Fugleberg Trail (to the north), at or near 2000 Doty Street, Oskhosh, Wisconsin 54902. 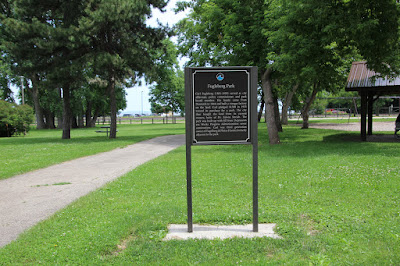 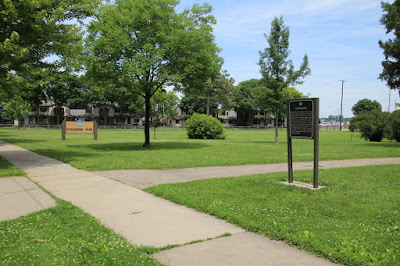 The marker is located at Fugleberg Park in Oshkosh, Wisconsin.