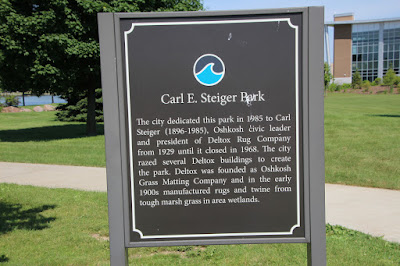 The city dedicated this park in 1985 to Carl Steiger (1896-1985), Oshkosh civic leader and president of Deltox Rug Company from 1929 until it closed in 1968. The city razed several Deltox buildings to create the park. Deltox was founded as Oshkosh Grass Matting Company and in the early 1900s manufactured rugs and twine from tough marsh grass in area wetlands.

The marker is located at Carl  E. Steiger Park, on the east bank of the Fox River, and is accessible from southbound Pearl Avenue, south of its intersection with Osceola Street, Oshkosh, Wisconsin 54901.

Carl Steiger: From Boyhood to Manhood Part 1, by Peg Koller 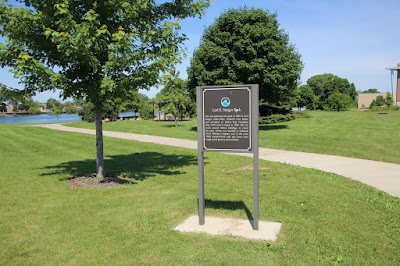 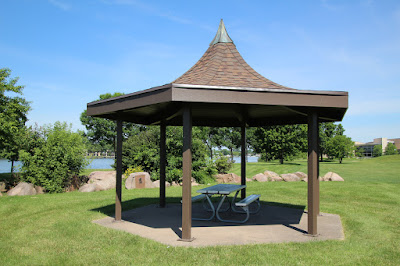 The park is along the Wiouwash Trail on the east bank of the Fox River. 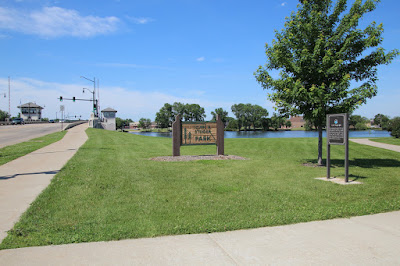 Looking south, with the Wisconsin Street Bridge in the distance. 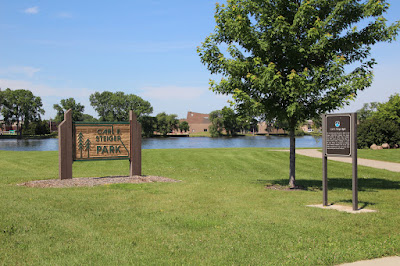 Carl E. Steiger Park is located in in Oshkosh, Wisconsin.