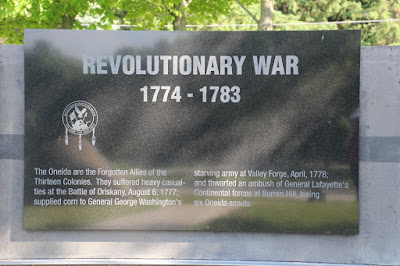 The Oneida are the Forgotten Allies of the Thirteen Colonies. They suffered heavy casualties in the Battle of Oriskany, August 6, 1977; supplied corn to General George Washington's starving army at Valley Forge, April, 1778; and thwarted an ambush of General Lafayette Continental forces at Barren Hill, losing six Oneida scouts.