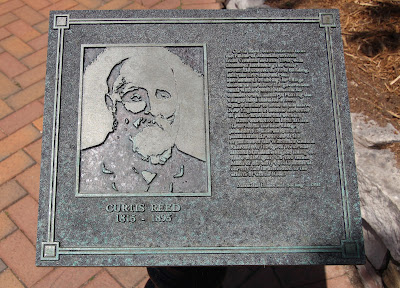 Curtis Reed, often referred to as the Father of Menasha, arrived from Vermont in June 1848, with dreams of harnessing the water power. He created the first building, built the first dam, and was instrumental in having the village chosen as the site of the government canal which opened Menasha for commerce and industry. Platting the village, Reed included a town square similar to those in his native New England. It became the center of public activities and events.

Reed was active in local affairs. He served as the first village president, as alderman, and as postmaster. He was one of the organizers of the Wisconsin Central Railroad. At the age of 75 he was elected Menasha's Mayor, filling the office with dignity for two terms. Much of the early development of our city can be attributed to the efforts of Curtis Reed.

The marker is located at Curtis Reed Square and is accessible from westbound Main Street, at its intersection with Chute Street, at or near 150 Main Street, Menasha, Wisconsin, Menasha Wisconsin 54952. 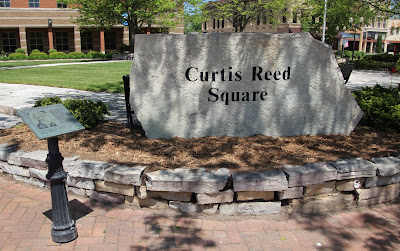 The marker is located at Curtis Reed Square. 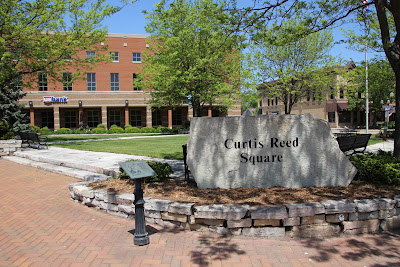 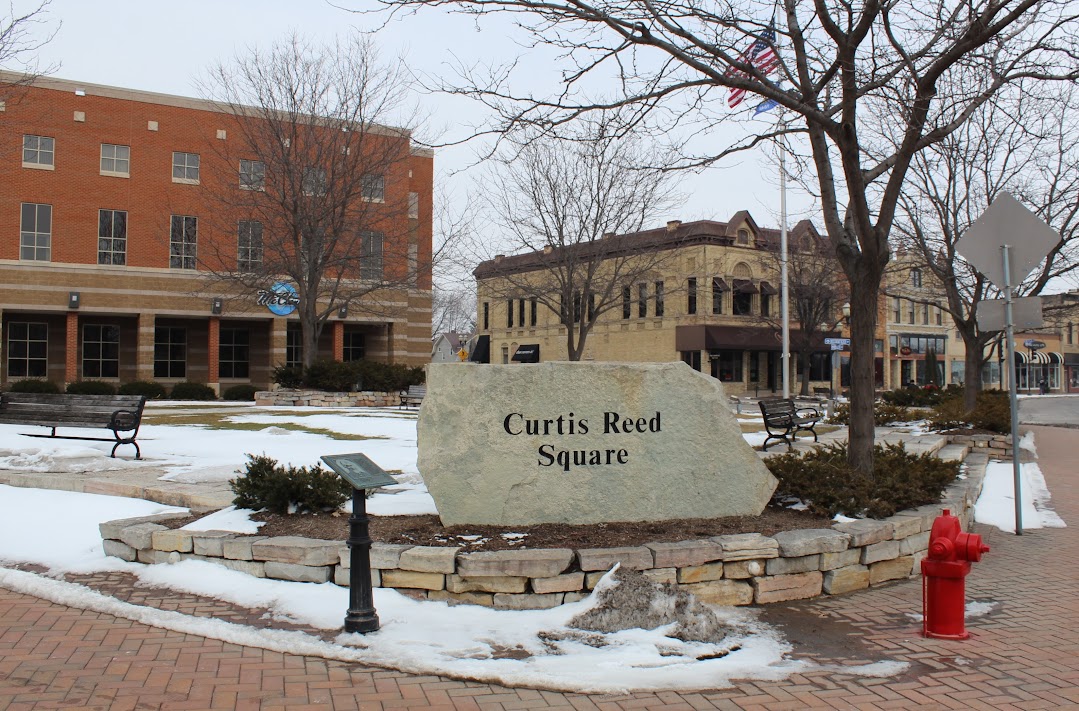 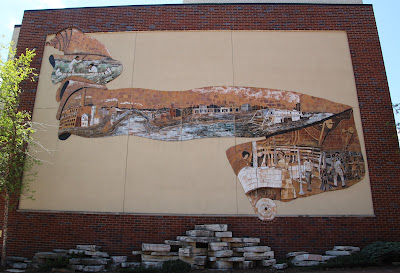 Mural adjacent to the marker location.
The marker is located in Menasha, Wisconsin.