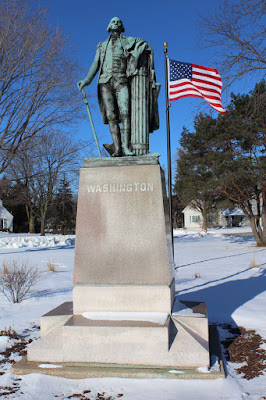 The statue is located at the center of a grassy triangle between East New York Avenue, Menominee Drive, and Hazel Street, at or near 1290 Menominee Dr, Oshkosh, Wisconsin 54901.

NOTE: Parking to access the statue is on East New York Avenue and Hazel Street; there is no parking on Menominee Drive.


Miller's Bay Neighborhood: George Washington Monument History
The Oshkosh statue of Washington is of life size.  It represents him in the uniform of a general of the Continental Army.  He stands bareheaded, his right hand resting on a cane and his left upon a pillar representing the Roman fasces, a collection of rods surmounted by an axe, symbol of power.  Near the fasces, is the general’s sword in its scabbard, and back of him are a plowshare and other implements of war and peace.  The base of the monument is of rose colored granite from Salisbury, North Carolina. The pedestal was designed and cut by H.F. Wenrich of Oshkosh.  The cost was $5,000.

Wikipedia: George Washington (Houdon)
George Washington is a statue by French sculptor Jean-Antoine Houdon from the late 18th century. Based on a life mask and other measurements of George Washington taken by Houdon, it is considered one of the most accurate depictions of the subject. The original sculpture is located in the rotunda of the Virginia State Capitol in Richmond, Virginia, and has been copied extensively. 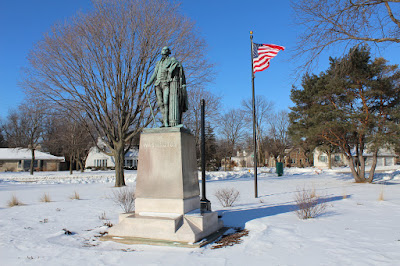 The temperature was around zero with the wind chill
from Lake Winnebago (just across the road).
It was dang cold!!! 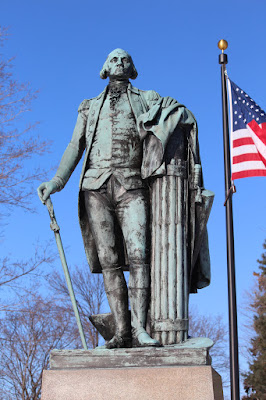 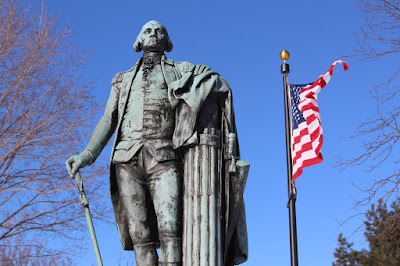 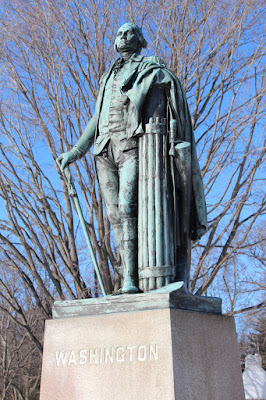 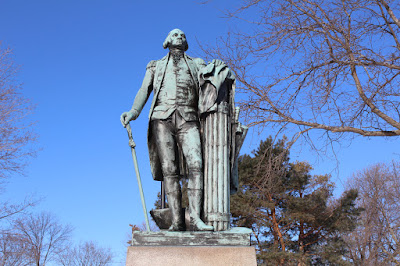 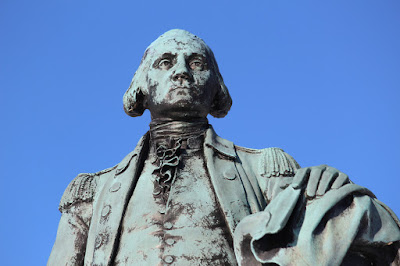 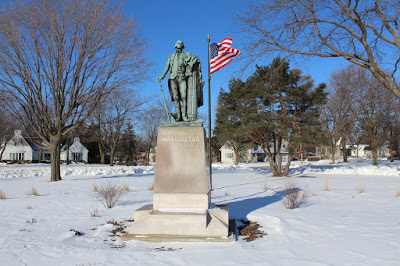 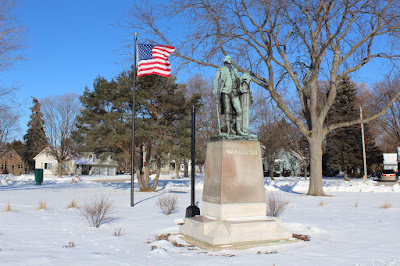 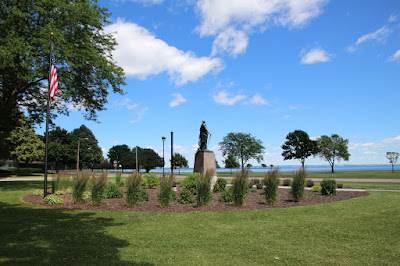 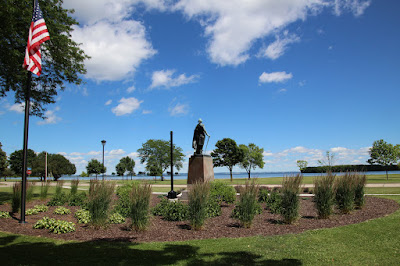 Looking east, clear across to Stockbridge and Quinney,
on the east side of Lake Winnebago. 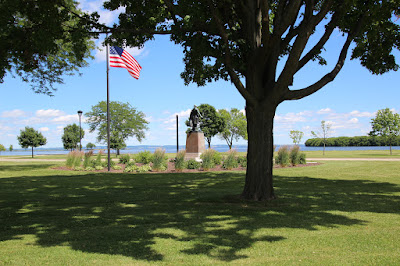 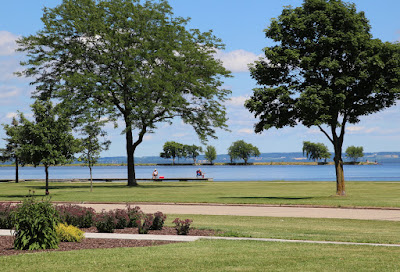 Zoom-in of Menominee Park Fishing Pier, across from George. 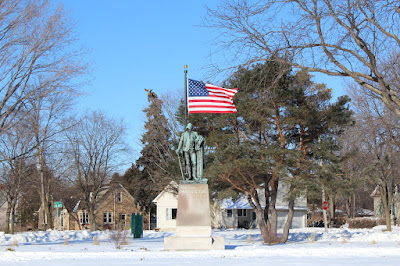 The George Washington Statue is located in Oshkosh, Wisconsin.