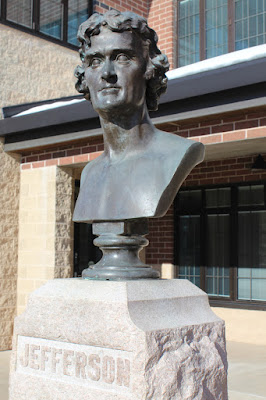 NOTE: The bust is located on an elementary school campus; you must check in with the office staff in order to access the bust.

Wikipedia: Thomas Jefferson
Thomas Jefferson (April 13 [O.S. April 2] 1743 – July 4, 1826) was an American Founding Father who was the principal author of the Declaration of Independence (1776). He was elected the second Vice President of the United States (1797–1801), serving under John Adams and in 1800 was elected the third President (1801–09). Jefferson was a proponent of democracy, republicanism, and individual rights, which motivated American colonists to break from Great Britain and form a new nation. He produced formative documents and decisions at both the state and national level. 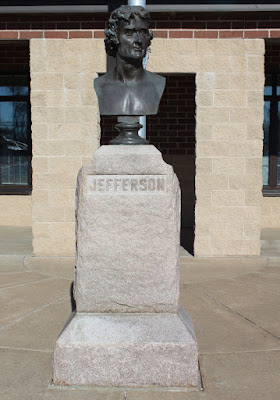 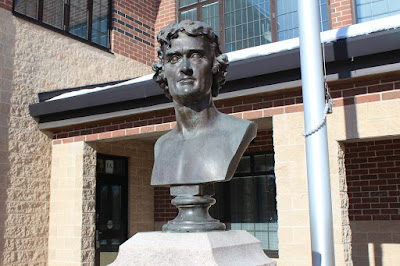 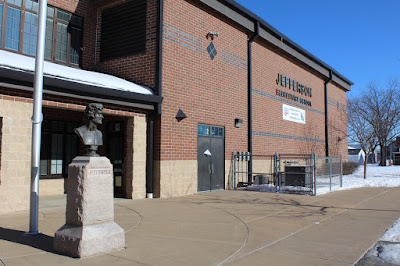 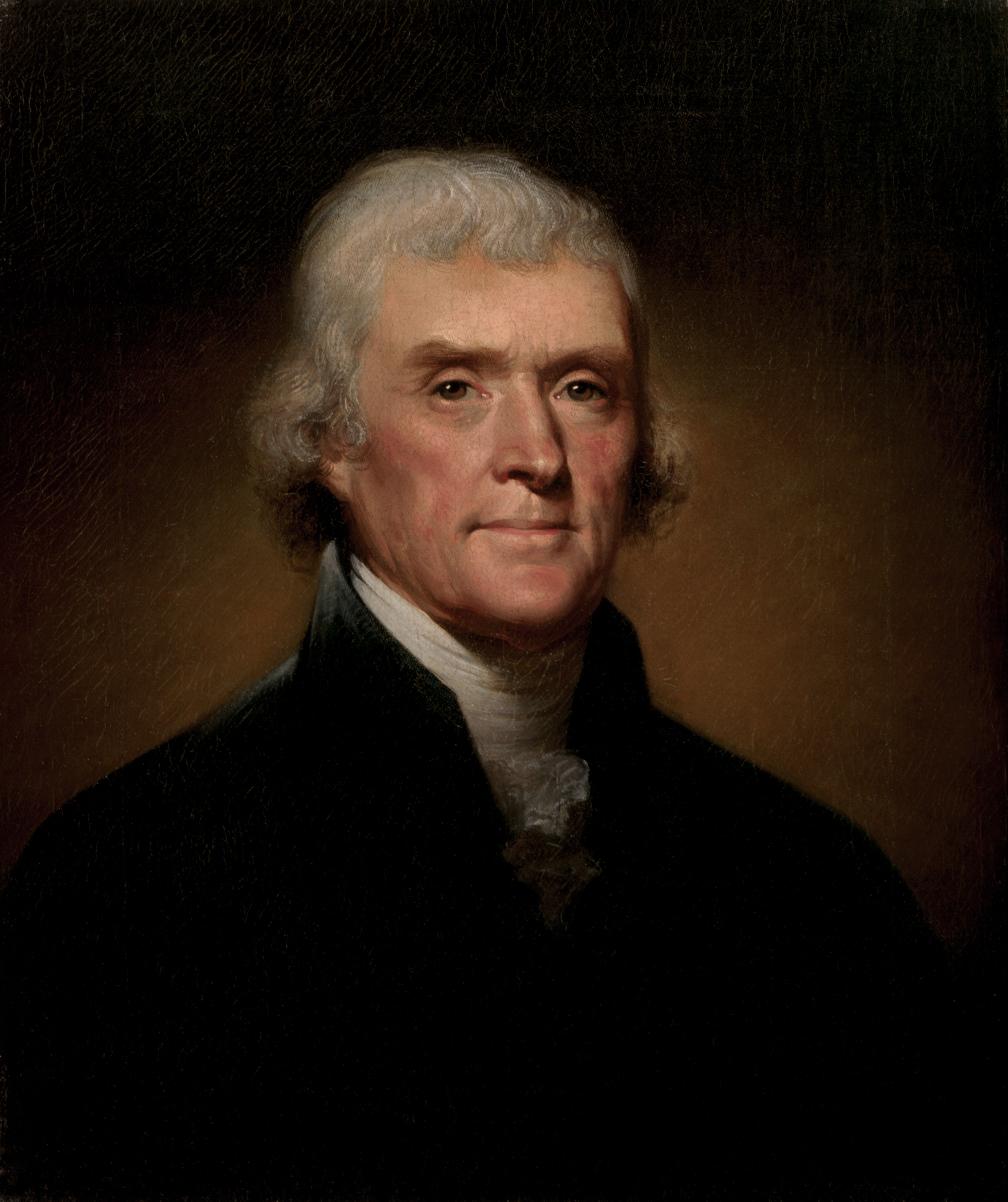 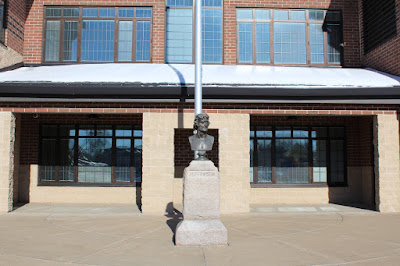 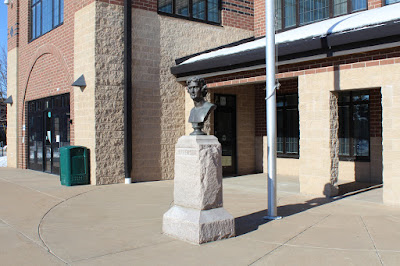 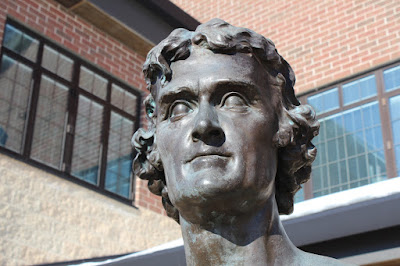 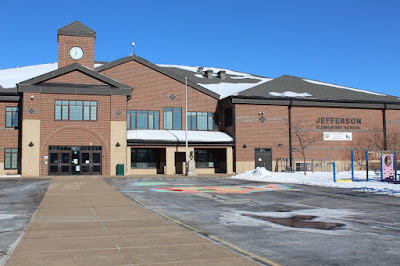 The bust of Thomas Jefferson (visible in the center of the photo)
is located at Jefferson Elementary School in Oshkosh, Wisconsin