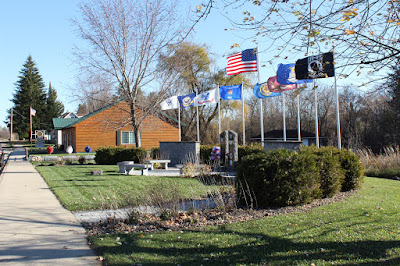 
The memorial is located on westbound Pine Street, just west of its intersection with North Beech Street, at or near 217 Pine Street, Tigerton, Wisconsin 54486.

The Tigerton Veteran’s Memorial was built in 2000 and dedicated on Memorial Day in 2001. It was a joint venture between Tigerton Main Street and also American Legion Post #239. The memorial was built on the banks of the Tiger Creek, next to the American Legion building and across the street from the Legion Park. Bricks were sold to raise money for the project. Anyone who served in the military could have a brick purchased in their name. The memorial features two marble monuments listing the branches of service flanked on each side by walls with veterans names, and also flags from each branch surrounding the American Flag. The two main walls of names are currently full and two more blocks of names have been added to the memorial on the east side along the creek bank. There is still room for many more names, so if you are interesting in purchasing a brick for a veteran, please contact the Tigerton Main Street office at (715) 535-2110. 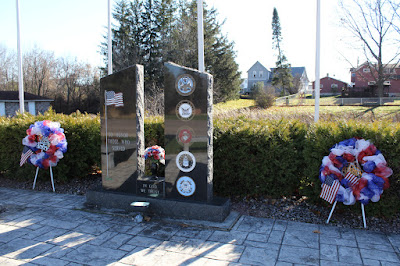 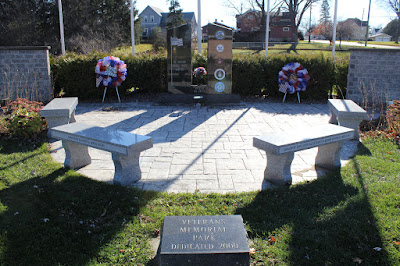 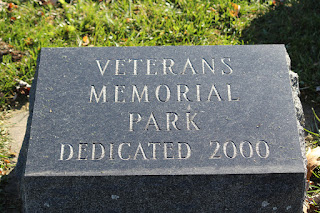 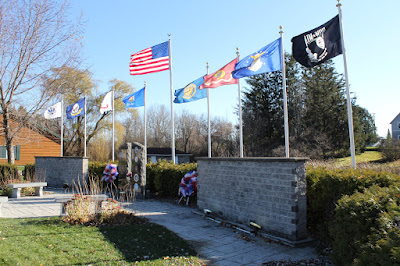 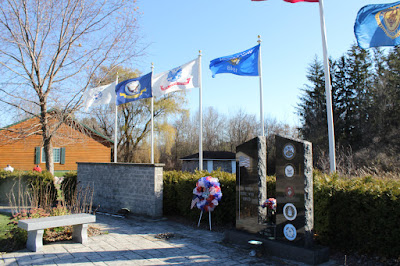 Left wall -- We Will Remember 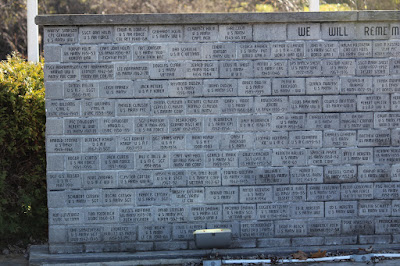 Left side of left wall 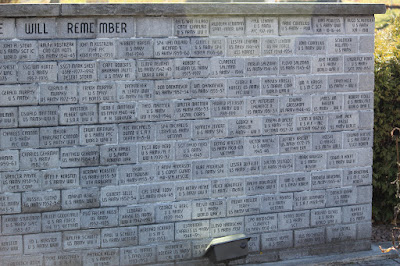 Right side of left wall 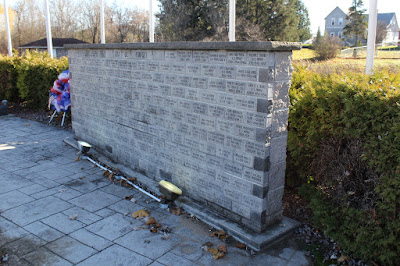 Right wall -- Lest We Forget 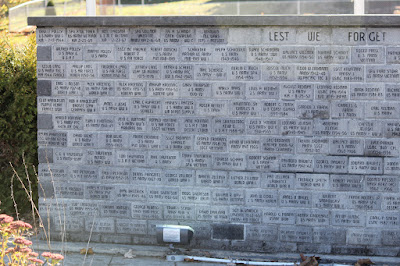 Left side of right wall 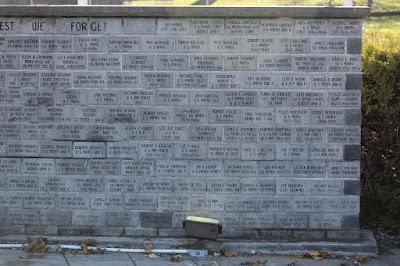 Right side of right wall 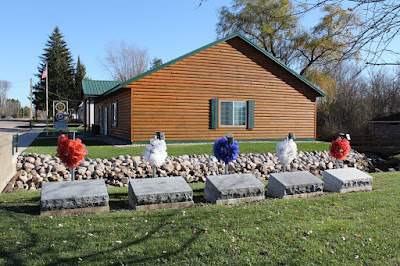 Close ups below, moving from left to right: 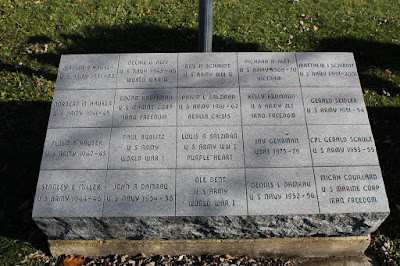 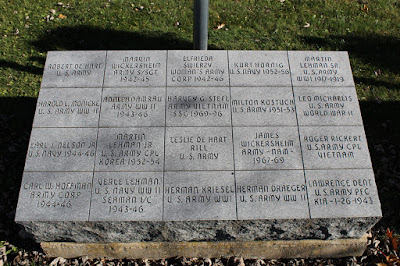 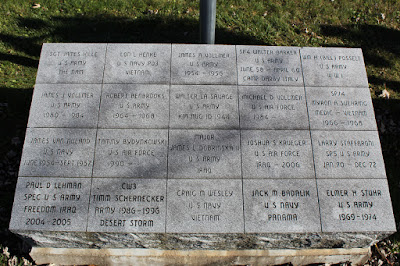 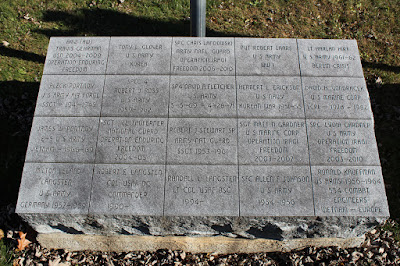 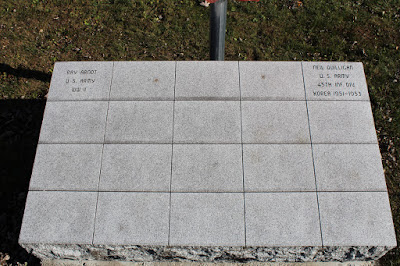 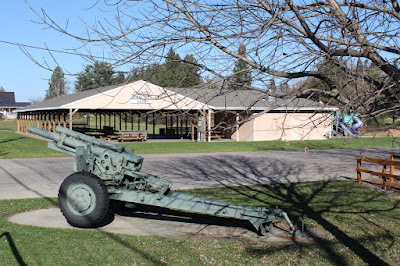 This Howitzer is also at the location; see also, Tigerton Howitzer. 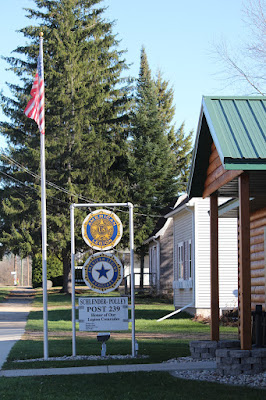 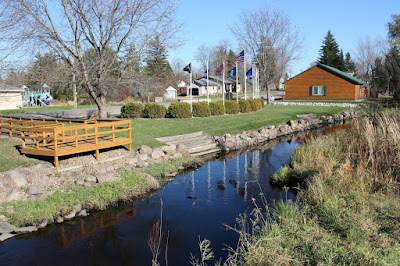 View from across Tiger Creek.