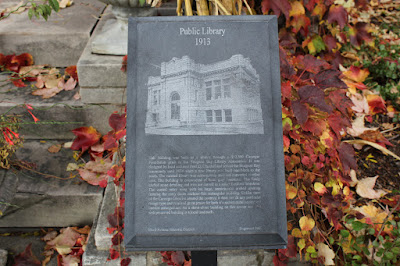 This building was built as a library through a $12,5000 Carnegie Foundation grant to the Sturgeon Bay Library Association. It was designed by local architect Fred D. Crandall and served the Sturgeon Bay community until 1974 when a new library was built one block to the south. The vacated library was subsequently sold and converted to other uses. The building is constructed of local gray limestone. The finely crafted stone detailing and trim are carved in a local gray limestone. The central entry wing with its large, semicircular arched opening framing the entry doors anchors this rectangular building. Unlike most of the Carnegie libraries around the country, it does not fit any particular design type and received great praise for both it's [sic] architectural beauty and interior arrangement. As a stand-along building on this corner site, this well preserved building is a local landmark.

The building is now home to Stangel Accounting and Tax Office, S.C. 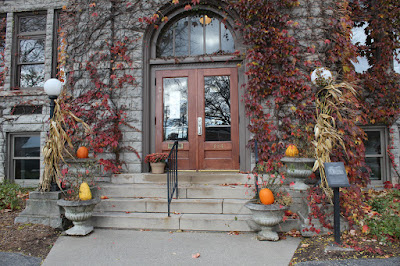 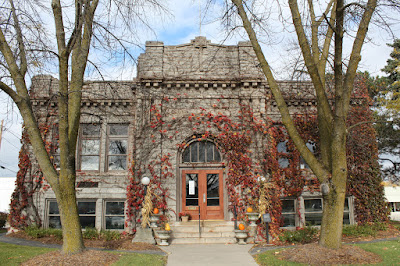 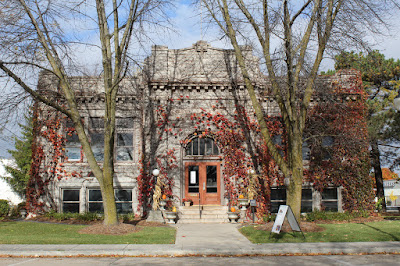 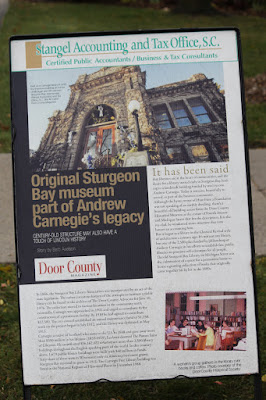 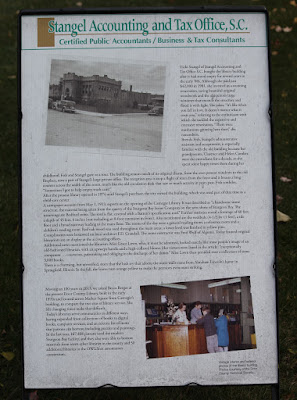