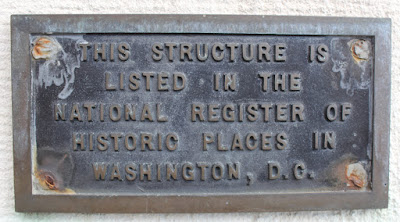 This structure is
listed in the
National Register of
Historic Places in
Washington, D.C.


This former bank building anchors the corner of an intact commercial blockface within the District. A typical "Bank Type" of the turn of the century, the late Classical Revival detailing in stone and terracotta at the cornice and the carved limestone of the primary entry surround are of architectural interest. This two-story, brick (pressed) building has been extensively and sympathetically rehabilitated by the present owners. It is the least altered of this style of building within the District and is one of only two similarly detailed (108 s. Madison) in Sturgeon Bay.


The Merchants Exchange Bank acquired the property above noted but constructed no building on the vacant lot until 1906. In 1806 a small, probably temporary structure was installed (valued at $100). In 1908 a $10,900 building was completed, raising the total property value to $12,000. George Spear helped organize and build the Merchants Exchange Bank in 1881. He became a bank partner in 1886 and in 1906-1908 helped construct the building. Spear had originally been involved with boat building and sawmill operations. The bank failed during the Great Depression of the 1930's. William A. Lawrence also played an important role in the affairs of the Merchants Exchange Bank.

Notes from Stanley Green, 10/82: This was the second site occupied by the Merchants Exchange Bank when it reorganized under that name in 1891. Prior to that it had been the Nelson-Spear Bank (59 N. 3rd) built in 1888 by George Spear and destroyed by fire in 1935. Mr. Spear had nothing to do with the construction of the new bank in 1908. 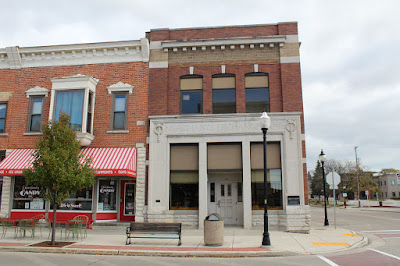 The small plaque is mounted to the far left of the bank facade. 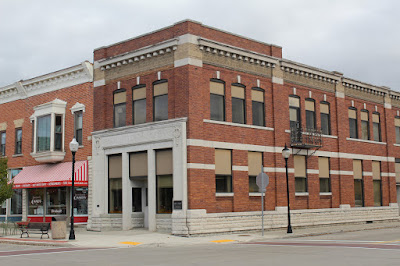 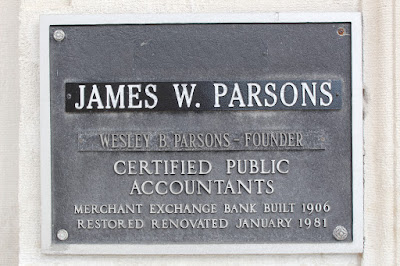 This plaque is also at this location.

The bank is located in Sturgeon Bay Historic Downtown.