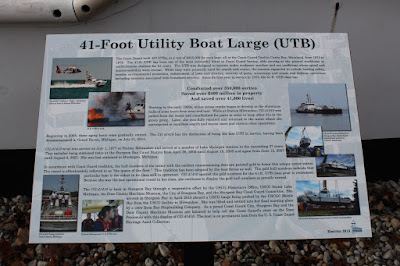 The Coast Guard built 207 UTBs, at a cost of $235,000 for each boat, all at the Coast Guard Yard in Curtis Bay, Maryland, from 1973 to 1978. The 41-ft. UTB has been one of the most successful boats in Coast Guard history, ably serving as the general workhorse at multi-mission stations for 41 years. The UTB was designed to operate under moderate weather and sea conditions where speed and maneuverability were crucial. While they were primarily used for search and rescue, the mission expanded to include boating safety, marine environmental protection, enforcement of laws and treaties, security of ports, waterways and coasts and defense operations including missions associated with homeland security. Since its first year in service in 1973, the 41-ft. UTB class has

Starting in the early 1990s, minor stress cracks began to develop in the aluminum hulls of some boats from wear and tear. While at Station Milwaukee, CG-41410 was pulled from the water and cannibalized for parts in order to keep other 41s in the group going. Later, she was fully repaired and returned to the water where she participated in countless search and rescue cases and various other operations.

Beginning in 2008, these aging boats were gradually retired. The CG-41410 has the distinction of being the last UTB in service, having been decommissioned in Grand Haven, Michigan, on July 31, 2014.

In accordance with Coast Guard tradition, the hull numbers of the cutter with the earliest commissioning date are painted gold to honor this unique senior status. The vessel is affectionately referred to as "the queen of the fleet." This tradition has been adopted by the boat forces as well. The gold hull numbers indicate that particular boat is the oldest in its class still in operation. CG-41410 sported the gold numbers for the 41-ft. UTB class prior to retirement. Because she was the last operational vessel in her class, she continues to display the gold hull numbers so proudly earned.

The marker is located on the grounds of the Door County Maritime Museum on northbound Madison Avenue, north of its intersection with Locust Court, at 120 North Madison Avenue, Sturgeon Bay, Wisconsin 54235. 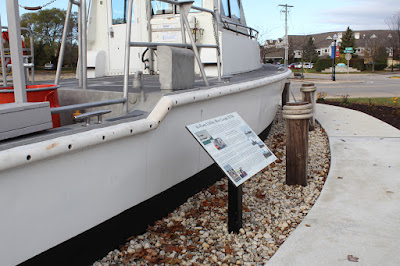 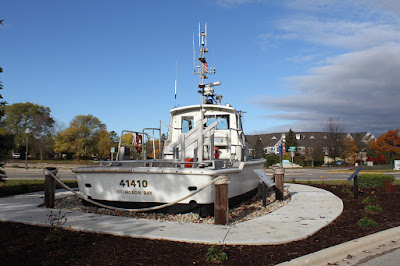 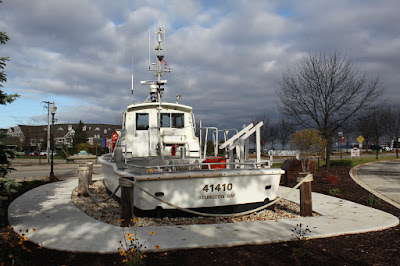 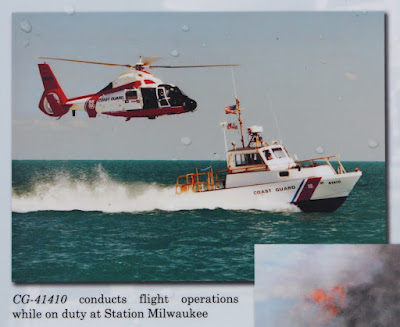 CG-41410 conducts flight operations while on duty at Station Milwaukee 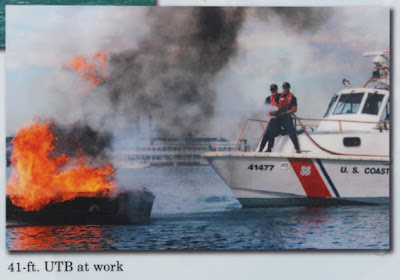 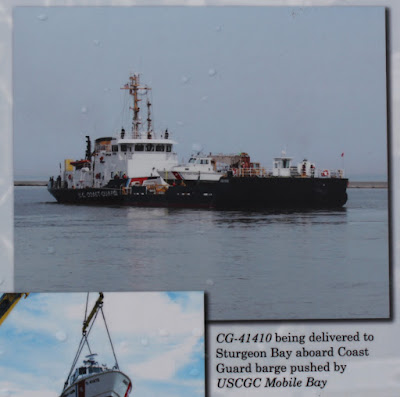 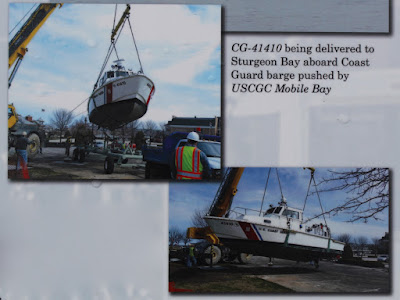 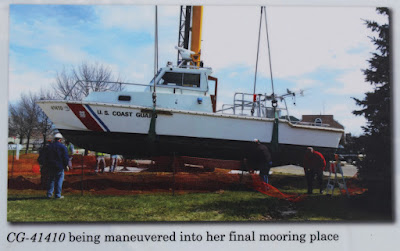 CG-41410 being maneuvered into her final mooring place 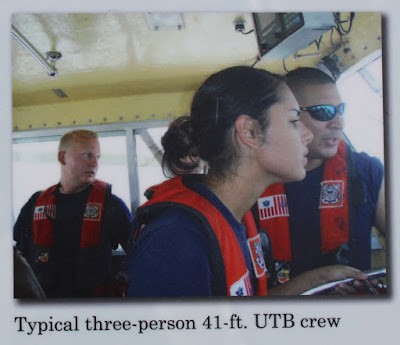 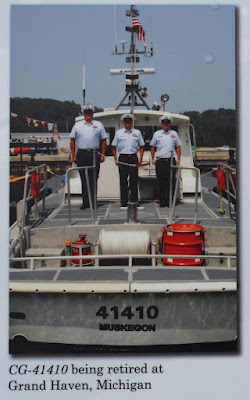 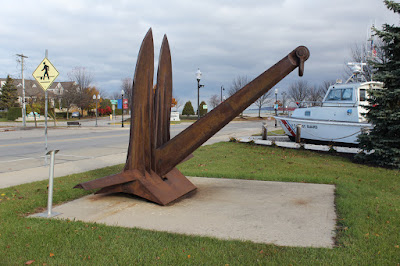 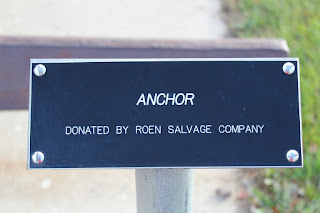 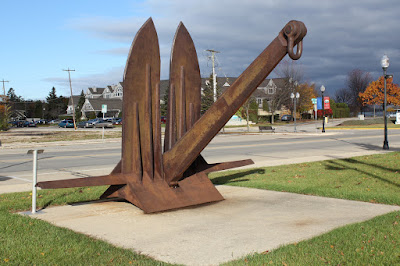 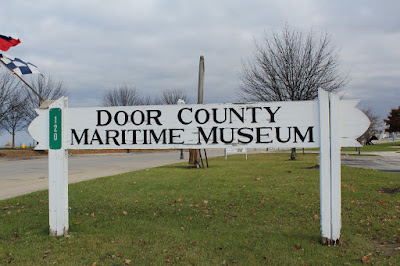 41-Foot Utility Boat Large (UTB) is located
on the grounds of the Door County Maritime Museum.

The boat and marker are located at the historic downtown waterfront
in Sturgeon Bay, Wisconsin.