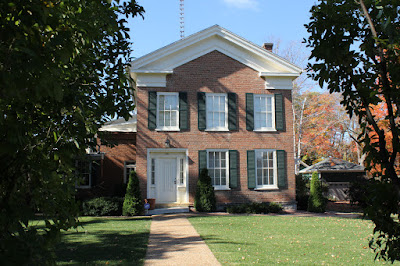 Judge Bingham's house is located on southbound 14th Avenue, at its intersection with 7th Street, at 621 14th Avenue, Monroe, Wisconsin 53566.


Additional Information: Judge John Bingham figured prominently in the early growth and development of Monroe. A native of Vermont, he arrived in Monroe in 1842 and soon became probate judge, a banker, and, later, a railroad promoter. Bingham engaged the services of a local builder to erect this dignified Greek Revival house. The raking molding and cornice returns at the gable ends create the sense of a classical pediment, and the wide band of trim below the cornice suggests a classical entablature. The prominent off-center entry, graced by simple, narrow pilasters and sidelights, and the radiating voussoirs, or wedge-shaped bricks, above the window and door openings enhance the house’s formal appearance. The rear wing was added to the house in 1877, after Bingham's death, and a second addition was made probably in the 1940s.

The property is a Wisconsin Registered Landmark; it is also listed on the National Register of Historic Places: Wisconsin. 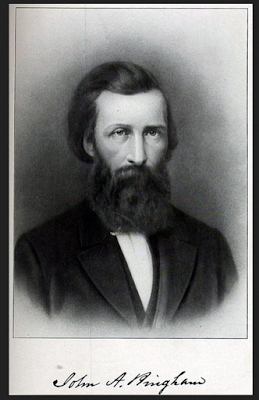 John A. Bingham
This image is in the public domain. 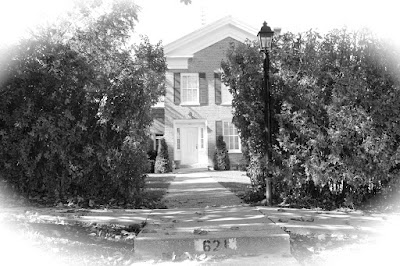 View of the house from the street, pretty much hidden by the shrubbery. 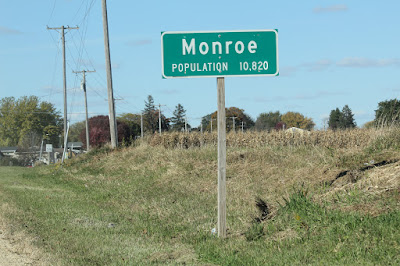