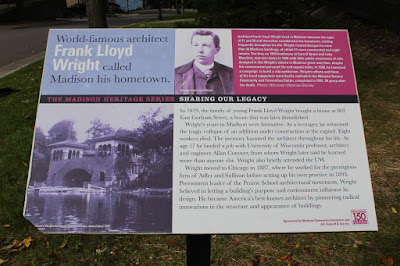 In 1879, the family of young Frank Lloyd Wright bought a house at 802 East Gorham Street, a house that was later demolished.

Wright's years in Madison were formative. As a teenager, he witnessed the tragic collapse of an addition under construction at the capitol. Eight workers died. The memory haunted the architect throughout his life. At age 17 he landed a job with University of Wisconsin professor, architect and engineer Allan Conover, from whom Wright later said he learned more than anyone else. Wright also briefly attended the UW.

Wright moved to Chicago in 1887, where he worked for the prestigious firm of Adler and Sullivan before setting up his own practice in 1893. Preeminent leader of the Prairie School architectural movement, Wright believed in letting a building's purpose and environment influence its design. He became America's best-known architect by pioneering radical innovations in the structure and appearance of buildings.

Sidebar:
Architect Frank Lloyd Wright lived in Madison between the ages of 11 and 20 and thereafter considered it his hometown, visiting frequently throughout his life. Wright created designs for more than 30 Madison buildings, of which 11 were constructed and eight remain. The first, an 1893 boathouse at Carroll Street and Lake Mendota, was torn down in 1926 with little public awareness of who designed it. But Wright's stature in Madison grew over time, despite his controversial personal life and unpaid debts. In 1938, he launched a campaign to build a city auditorium. Wright's efforts and those of his local supporters were finally realized in the Monona Terrace Community and Convention Center, completed in 1997, 38 years after his death.


The marker is included in the Sesquicentennial (1856-2006) Markers of Madison, Wisconsin Series. 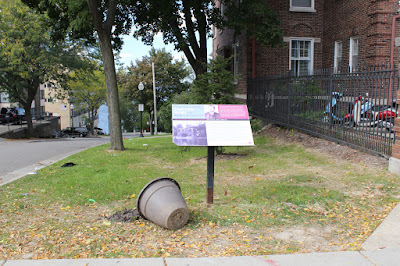 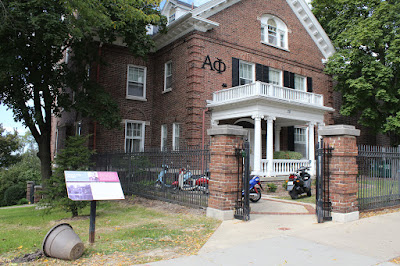 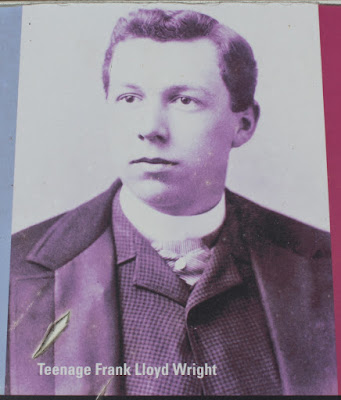 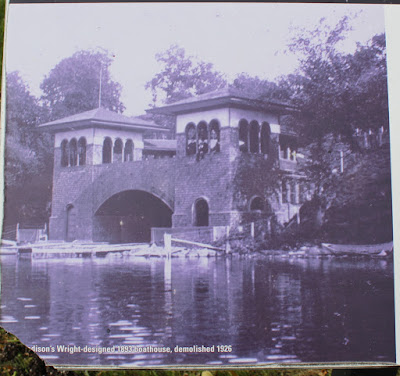 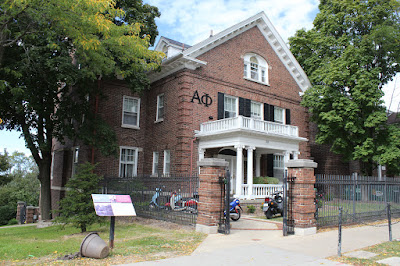 The marker is adjacent to the Alpha Phi sorority house.