Welcome to Erbe Grasslands: A Project of The Prairie Enthusiasts 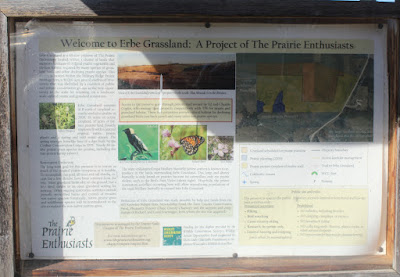 Erbe Grassland is a 63-acre preserve of The Prairie Enthusiasts located within a cluster of lands that supports remnants of original prairie vegetation and treeless habitat required by many species of grassland birds and other declining prairie species. This cluster is located within the Military Ridge Prairie Heritage Area, a 50,000 acre area of southwest Wisconsin that was identified by a coalition of public and private conservation groups as the best opportunity in the state for retaining on a landscape scale, upland prairie and grassland ecosystems.

Erbe Grassland consists of 8 acres of cropland recently seeded to prairie in 2009, 18 acres of active cropland, 37 acres of former pasture land (mostly unplowed) with scattered original native prairie plants and a spring and cold water stream. The spring emerges from the base of a dam built by the Civilian Conservation Corps in 1935. Nearly 60 native prairie plant species are present, including the rare prairie turnip (above).
Restoration Underway
The long-term goal for this preserve is to restore as much of the original prairie ecosystem as is feasible. To accomplish this goal, all trees and tall shrubs, except for a few shrubs, have been removed from the site. Most grassland birds next on the ground, but a few need shrubs in an open grassland setting for nesting. Other ongoing restoration activities include periodic prescribed burns and control of invasive non-native species. Eventually, native prairie grass and wildflower species will be reintroduced to the site to replace the non-native pasture grass.

The marker is located at Erbe Grassland Preserve and is accessible from southbound Erbe Road, north of its intersection with East Erbe Road, Blue Mounds, Wisconsin 53517.
The Prairie Enthusiasts: Empire-Sauk Chapter: Erbe Grassland 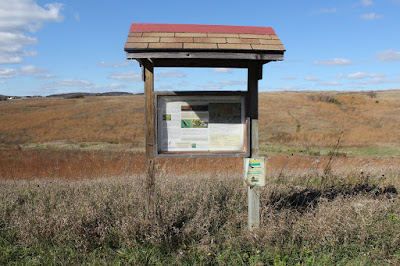 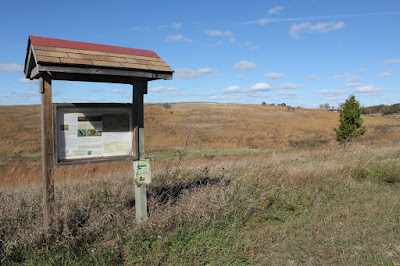 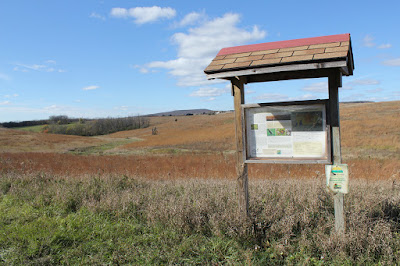 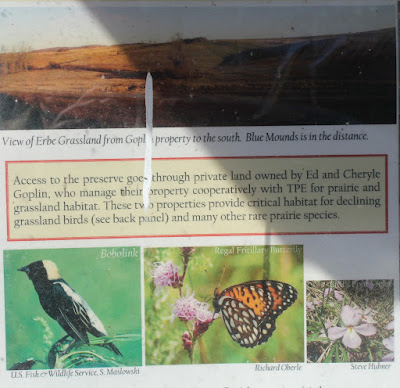 The state-endangered regal fritillary butterfly (above center) is known to reproduce in the lands surrounding Erbe Grassland. This large and showy butterfly is only found on prairies because its caterpillars only eat prairie violets, such as the Bird's Foot Violet (above right). Hopefully, the prairie restoration activities occurring here will allow reproducing populations of the regal fritillary butterfly to expand into Erbe Grassland. 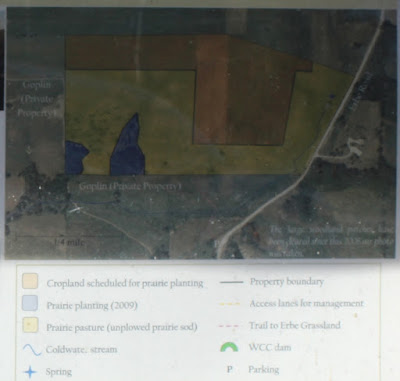 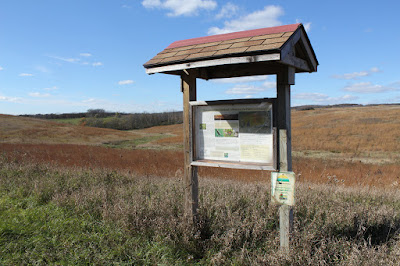 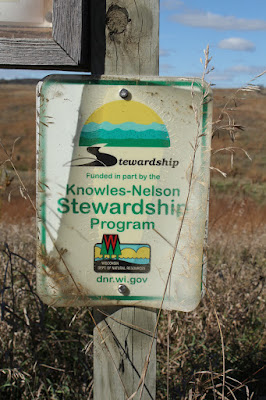 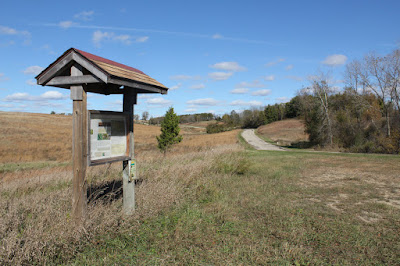 With northbound Erbe Road visible to the right. 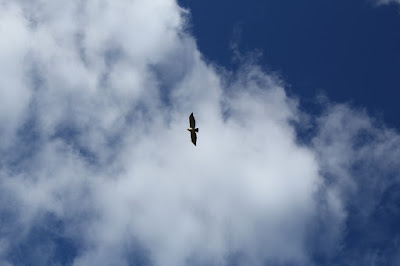 This red-tailed hawk was soaring overhead at the time of my visit. 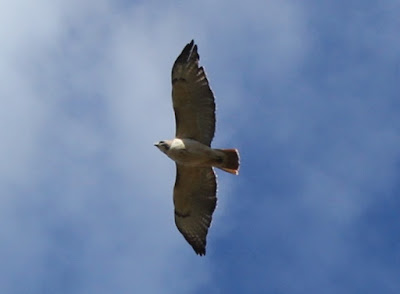 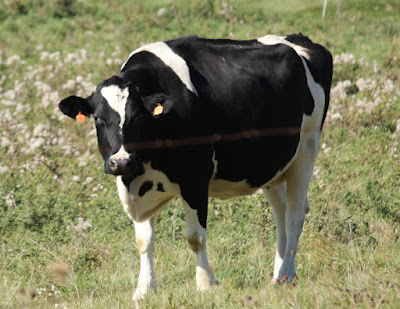 Love the cows! These guys were at a nearby farm. 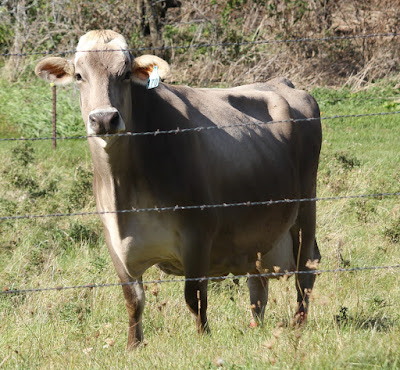 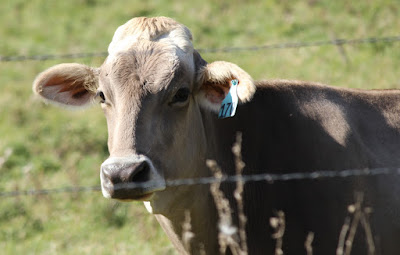 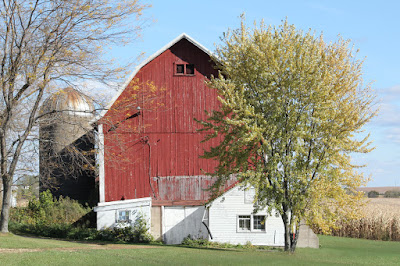 A gorgeous nearby barn.

The marker is located in the outskirts of Blue Mounds, Wisconsin.