The School of Pharmacy 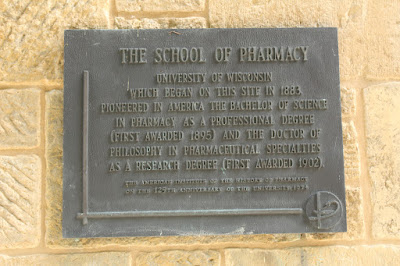 University of Wisconsin
which began on this site in 1883,
pioneered in America the Bachelor of Science
in Pharmacy as a professional degree
(first awarded 1895) and the Doctor of
Philosophy in Pharmaceutical Specialties
as a research degree (first awarded 1902)

The American Institute of the History of Pharmacy
on the 125th Anniversary of the University, 1974

The marker is located on the UW-Madison campus, on the Bascom Hill Mall, near the northwest corner of South Hall (aka College of Letters and Science building), at or near 1055 Bascom Mall, Madison Wisconsin 53706.

American Institute of the History of Pharmacy 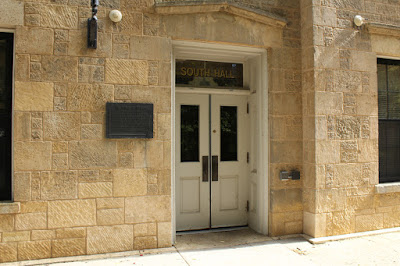 The marker is affixed to the west side of the building. 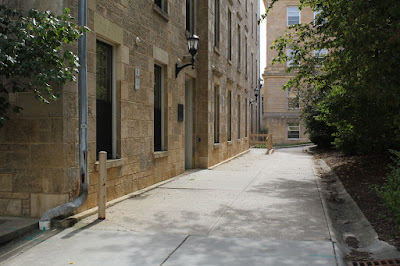 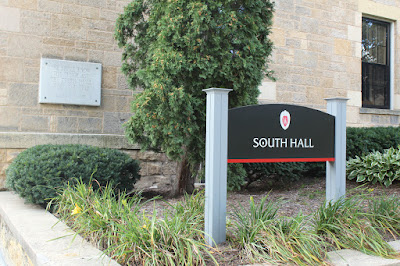 The marker is located at South Hall. 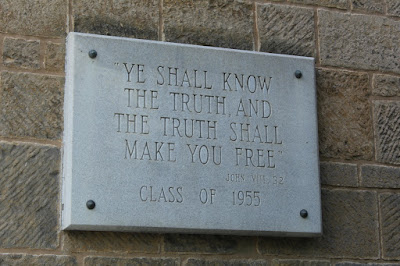 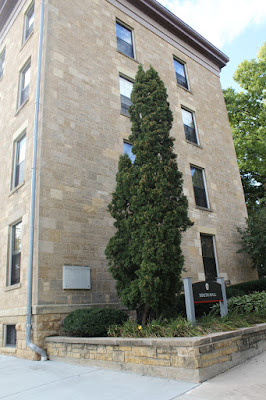 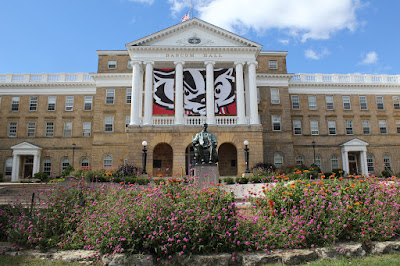 View of Bascom Hall and statue of Abraham Lincoln from South Hall.

The marker is on the UW-Madison campus.