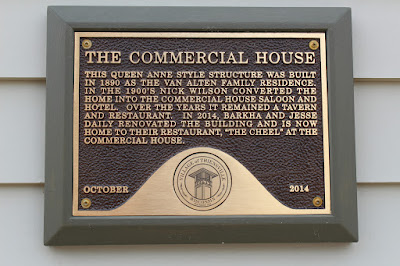 This Queen Anne style structure was built in 1890 as the Van Alten family residence. In the 1900's Nick Wilson converted the home into The Commercial House Saloon and Hotel. Over the Years it remained a tavern and restaurant. In 2014, Barkha and Jesse Daily renovated the building and is now home to their restaurant, "The Cheel" at The Commercial House.

The Commercial House is located on southbound West Main Street, on southwest corner of its intersection with Buntrock Avenue, at 105 South Main Street, Theinsville, Wisconsin 53092.

Use the "Village of Thiensville Historic Buildings" label below to view all landmarked properties in Thiensville; there are many. 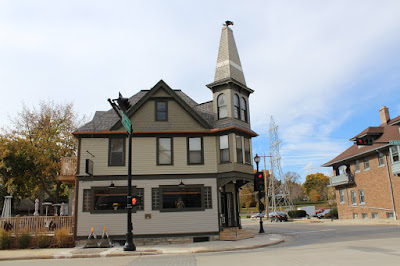 The small plaque is visible between the two windows. 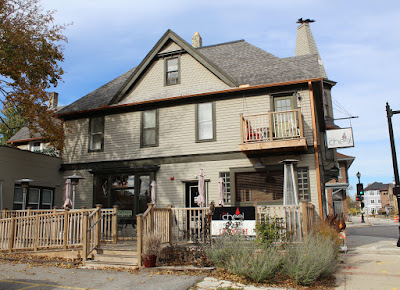 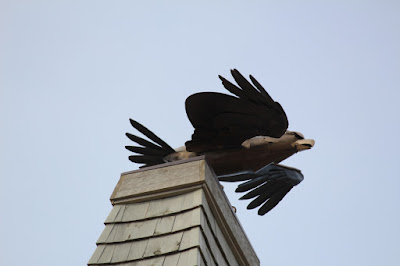 The eagle atop the cornice.