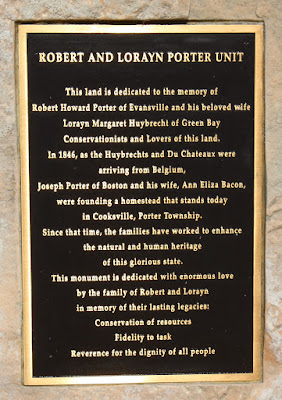 This land is dedicated to the memory of
Robert Howard Porter of Evansville and his beloved wife
Lorayn Margaret Huybrecht of Green Bay
Conservationists and Lovers of this land.
In 1846, as the Huybrechts and Du Chateaux were
arriving from Belgium,
Joseph Poter of Boston and his wife, Ana Eliza Bacon,
were founding a homestead that stands today
in Cooksville, Porter Township.
Since that time, the families have worked to enhance
the natural and human heritage
of this glorious state.
This monument is dedicated with enormous love
by the family of Robert and Lorayn
in memory of their lasting legacies:
Conservation of resources
fidelity to task
Reference for the dignity of all people

The marker is located at the Anthony Branch Fishery Area Porter Unit on eastbound County Road A, between U.S. Route 14 (to the west) and Flint Road (to the east), at or near 4399 County Road A, Oregon, Wisconsin 53575. 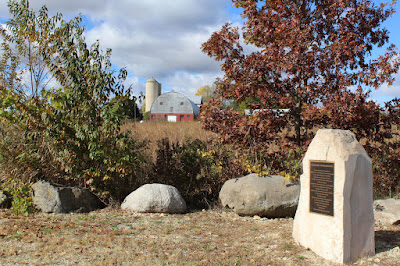 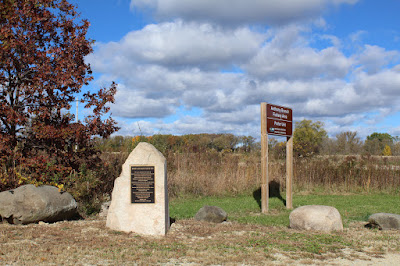 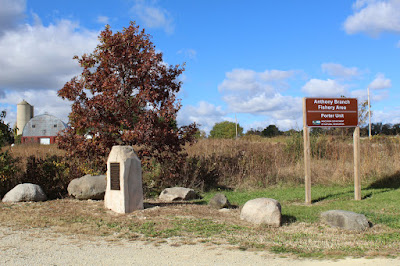 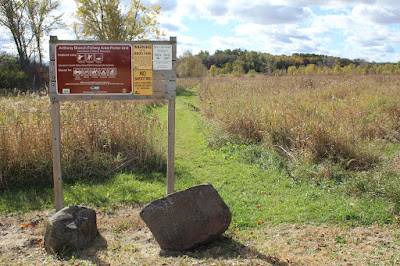 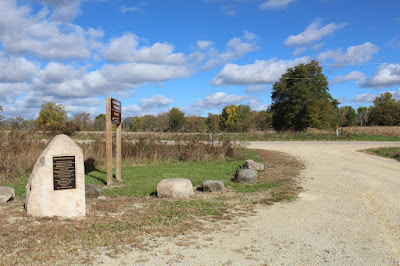 The County Road A entrance to the Porter Unit. 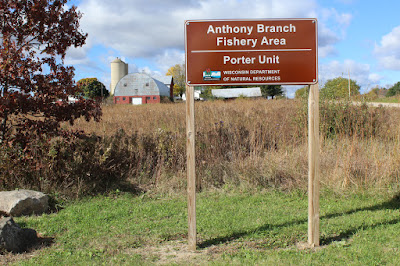 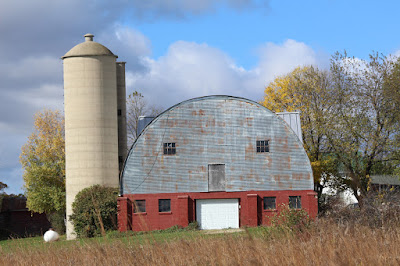 The marker is located in the outskirts of Oregon, Wisconsin.