Outdoor markets are a Madison tradition. 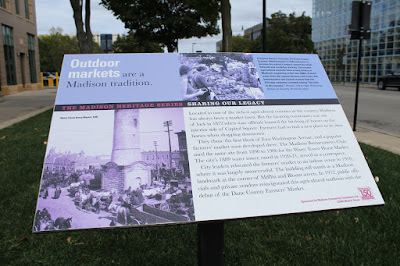 Outdoor
markets are a
Madison tradition.

Located in one of the richest agricultural counties in the country, Madison has always been a market town. But the farming community was out of luck in 1872 when state officials banned the hitching of horses on the interior side of Capitol Square. Farmers had to find a new place to tie their horses when shopping downtown.

They chose the first block of East Washington Avenue, and a popular farmers’ market soon developed there. The Madison Businessmen’s Club used the same site from 1890 to 1906 for the Water Tower Horse Market. The city’s 1889 water tower, razed in 1920-21, served as a centerpiece.

City leaders relocated the farmers’ market to an indoor venue in 1910, where it was largely unsuccessful. The building still stands as a Madison landmark at the corner of Mifflin and Blount streets. In 1972, public officials and private vendors reinvigorated this agricultural tradition with the debut of the Dane County Farmers’ Market. 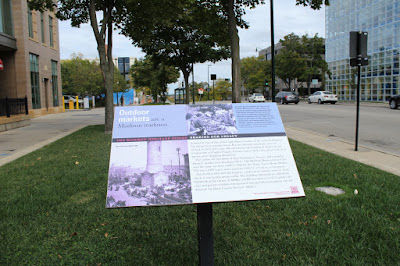 A Capitol Square mainstay, the Dane County Farmers’ Market began in 1972 and grew to become the nation’s largest, spawning neighborhood and weekday markets. Successful agricultural markets have a long history in Madison, beginning in the late 1800s. A block away from the square farmers sold crops and businessmen ran a horse market that one Chicago customer counted among “the best in the country.” 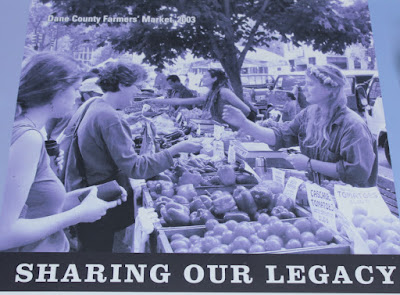 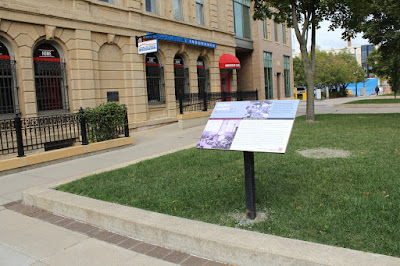 The marker is adjacent to the American Exchange Bank Building. 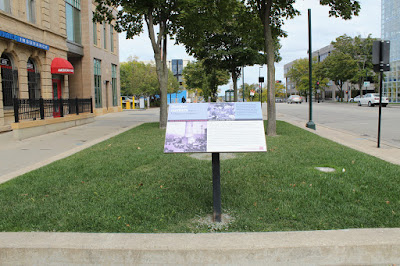