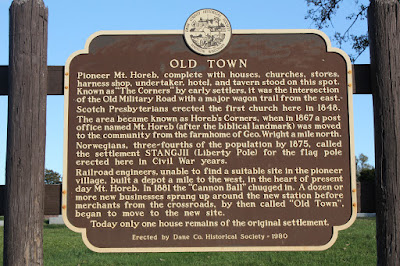 Pioneer Mt. Horeb, complete with houses, churches, stores, harness shop, undertaker, hotel, and tavern stood on this spot. Known as “The Corners” by early settlers, it was the intersection of the Old Military Road with a major wagon trail from the east.

The area became known as Horeb’s Corners, when in 1867 a post office named Mt. Horeb (after the biblical landmark) was moved to the community from the farmhome of Geo. Wright a mile north.

Norwegians, three-fourths of the population by 1875, called the settlement STANGJII (Liberty Pole) for the flag pole erected here in Civil War years.

Railroad engineers, unable to find a suitable site in the pioneer village, built a depot a mile to the west, in the heart of present day Mt. Horeb. In 1881 the “Cannon Ball” chugged in. A dozen or more new businesses sprang up around the new station before merchants from the crossroads, by then called “Old Town,” began to move to the new site.

Today only one house remains of the original settlement.

The marker is located at Union Cemetery and is accessible from northbound North 8th Street / Wisconsin Highway 78, north of its intersection with Springdale Street, Mt Horeb, Wisconsin 53572.

The marker is No. 18 in the Dane County Historical Society Markers Series. 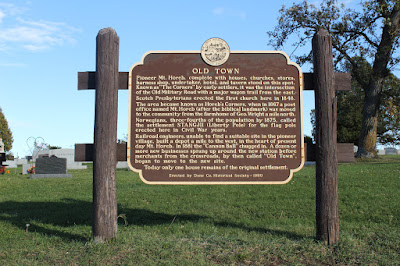 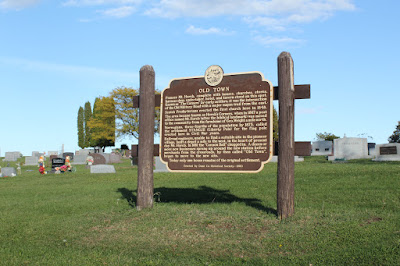 With Mt. Horeb Union Cemetery visible in the background. 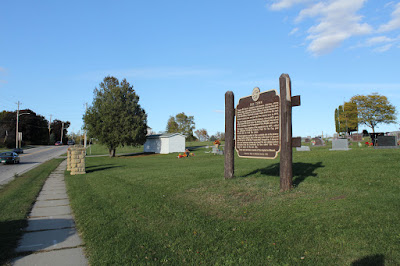 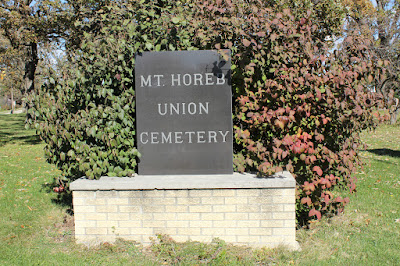 The marker is located at Mt. Horeb Union Cemetery. 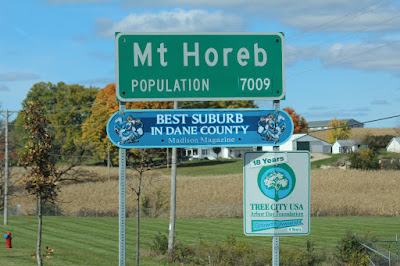 The marker is located in Mt. Horeb, Wisconsin.