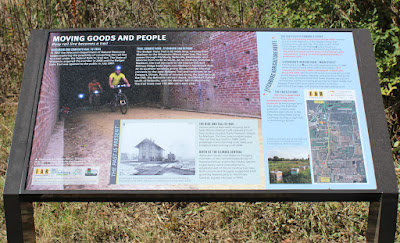 WISCONSIN DNR CONVERTS RAIL TO TRAIL
In 1997 the Wisconsin Department of Natural Resources began exploring the possibility of converting the rail line to a trail under the federal Rails to Trail Act. The State of Wisconsin acquired the corridor in 2000 and the Badger State Trail was opened to the public in July 2007.

TRAIL CONNECTIONS, FITCHBURG AND BEYOND
The Badger State Trail is 40 miles long, running from Madison to the Wisconsin-Illinois state line. The trail passes through Fitchburg, Belleville, Monticello, and Monroe from north to south. At its northern terminus in Madison, the trail connects to the Capital City and Military Ridge State Trails and Madison's Southwest Path. At its couthern terminus at the Illinois border, the trail connects to the Jane Addams Trail and continues on to Freeport, Illinois. Points of interest along the trail include the FAR, the Belleville railroad depot, the Stewart Tunnel south of Belleville, and the Woolen Mill in Monticello. The trail hosts over 150,000 users each year.

The marker is located along the Badger State Trail, about a quarter-mile north of its intersection with Lacy Road, Fitchburg, Wisconsin 53593.

NOTE: There is parking along Lacy Road, at the entrance to the Badger State Trail. Then walk north from Lacy Road to the marker location.


The "interpretative sign" marker is included in the Fitchburg Agriculture Route (FAR). 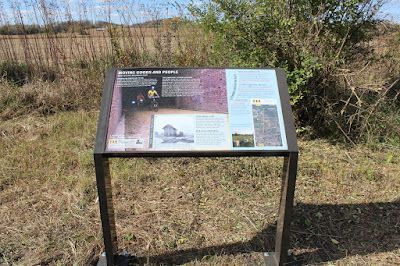 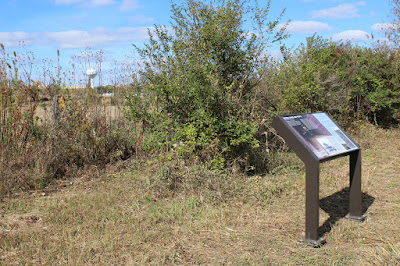 With the Fitchburg water tower visible in the distance. 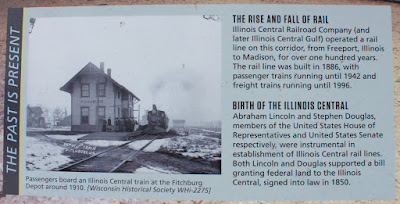 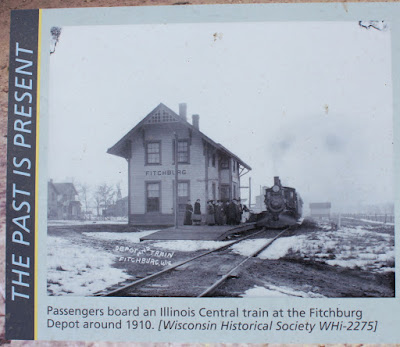 Passengers board an Illinois Central train at the Fitchburg
Depot around 1910. (Wisconsin Historical Society SHi-2275] 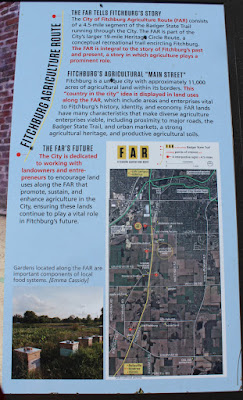 THE FAR TELLS FITCHBURG'S STORY
The City of Fitchburg Agriculture Route (FAR) consists of a 4.5-mile segment of the Badger State Trail running through the City. The FAR is part of the City's larger 19-mile Heritage Circle Route, a conceptual recreational trail encircling Fitchburg. The FAR is intergal to the story of Fitchburg's past and present, a story in which agriculture plays a prominent role.

FITCHBURG'S AGRICULTURAL "MAIN STREET"
Firchburg is a unique city with approximately 11,000 acres of agricultural land within its borders. This "country in the city" idea is displayed in land uses along the FAR, which include areas and enterprises vital to Fitchburg's history, identity, and economy. FAR lands have many characteristics that make diverse agriculture enterprises viable, including proximity to major roads, the Badger State Trail, and urban markets, a strong agricultural heritage, and productive agricultural soils. 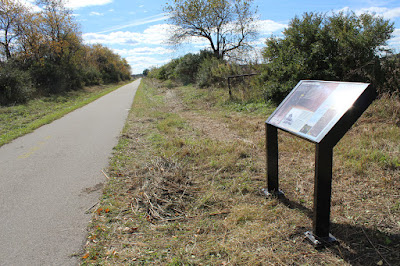 Looking south along the Badger State Trail.
It's a brisk 10-minute walk back to Lacy Road. 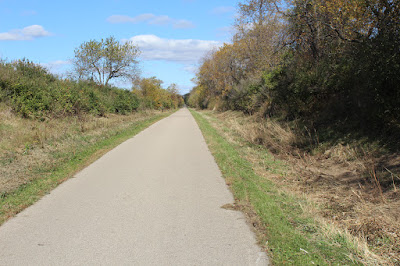 Looking north about half-way between Lacy Road and the
marker location. The marker is visible in the far distance, on the left. 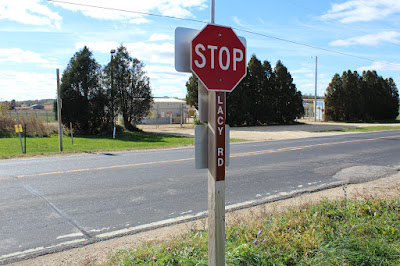 At the intersection of the Badger State Trail and Lacy Road. 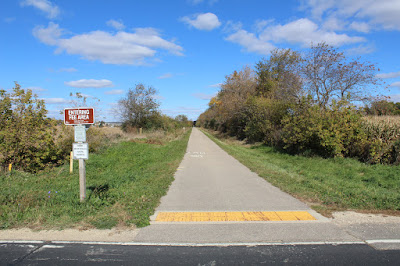 The Lacy Road entrance to the Badger State Trail.
It's a brisk 10-minute walk north from here to the marker's location. 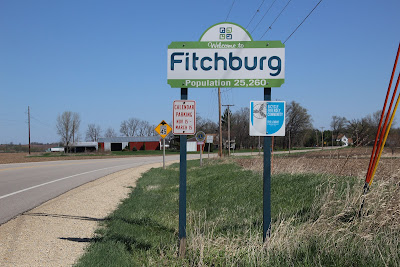