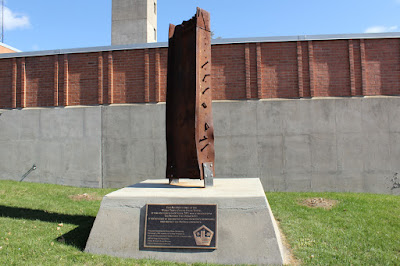 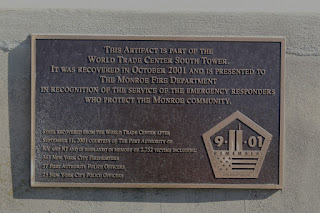 This Artifact is part of the
World Trade Center South Tower.
It was recovered in October 2001 and is presented to
The Monroe Fire Department
in recognition of the service of the emergency responders
who protect the Monroe community.

The memorial is located on the grounds of the Monroe City Hall / Police Department / Fire Station No. 2, and is accessible from northbound 18th Avenue, north of its intersection with 12th Street, at or near 1110 18th Avenue, Monroe, Wisconsin 53566. 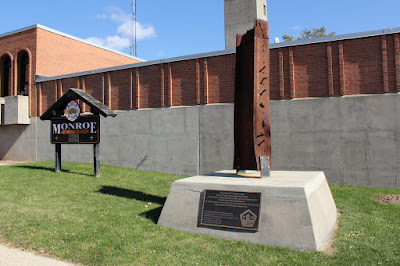 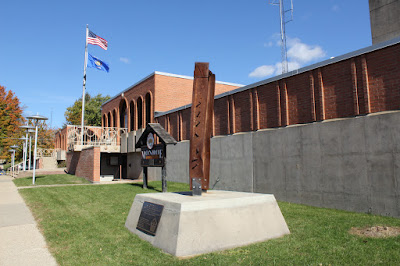 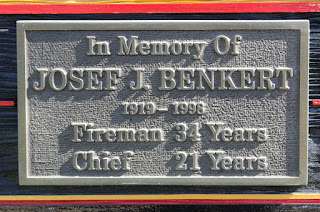 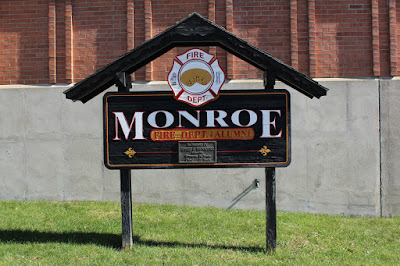 The memorial is located at the Fire Department in Monroe, Wisconsin.