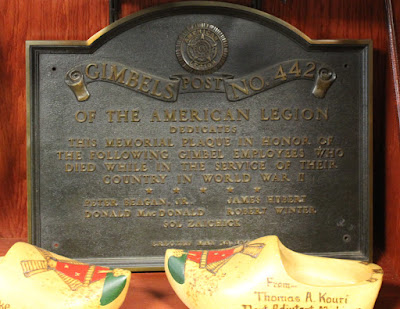 Gimbels Post No. 442
of the American Legion
dedicates
this memorial plaque in honor of
the following Gimbel employees who
died while in the service of their
country in World War II.
★ ★ ★ ★ ★
Peter Beagan, Jr.     James Hubert
Donald MacDonald     Robert Winter
Sol Zaicheck

The American Legion Department of Wisconsin 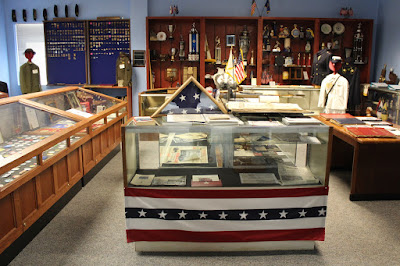 The memorial is inside the display cabinet against the back wall. 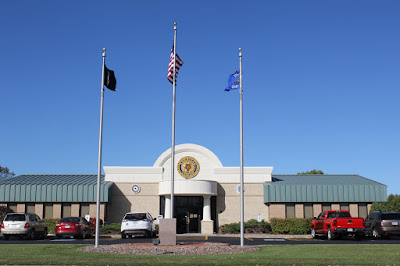 The memorial is located on at the Wisconsin American Legion Headquarters. 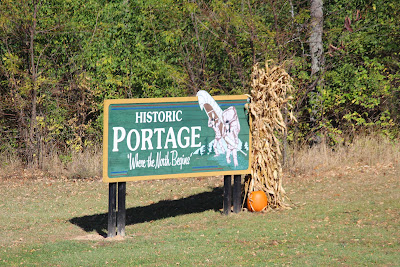 The memorial is located in Portage, Wisconsin.