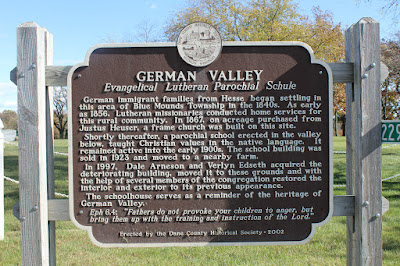 German immigrant families from Hesse began settling in this area of Blue Mounds Township in the 1840s. As early as 1856, Lutheran missionaries conducted home services for the rural community. In 1867, on acreage purchased from Justus Heuser, a frame church was built on this site.

Shortly thereafter, a parochial school erected in the valley below, taught Christian values in the native language. It remained active into the early 1900s. The school building was sold in 1923 and moved to a nearby farm.

In 1997, Dale Arneson and Verlyn Edseth acquired the deteriorating building, moved it to these grounds and with the help of several members of the congregation restored the interior and exterior to its previous appearance.

The schoolhouse serves as a reminder of the heritage of German Valley.

Eph 6.4: “Fathers do not provoke your children to anger, but bring them up with the training and instruction of the Lord."

This marker is No. 38 in the Dane County Historical Society Markers Series. 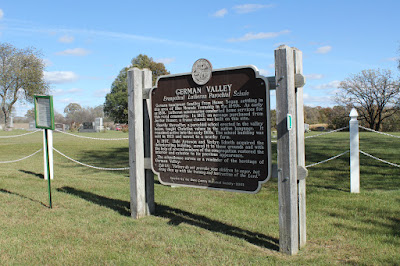 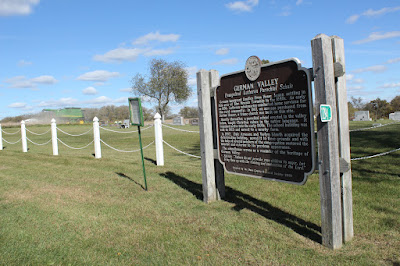 The cemetery is in the middle of farmlands
(see the farm equipment to the right?) 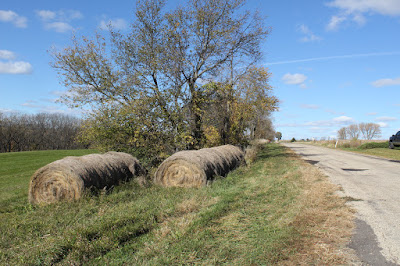 Looking north along Erbe Road at the marker location. 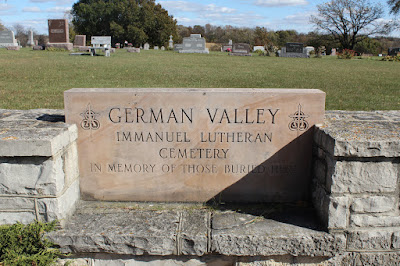 The marker is located at German Valley Immanuel Lutheran Cemetery. 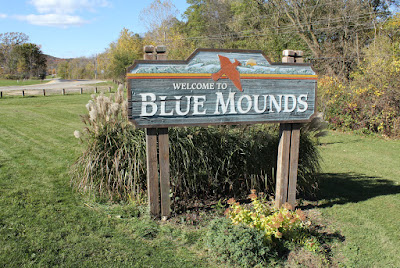