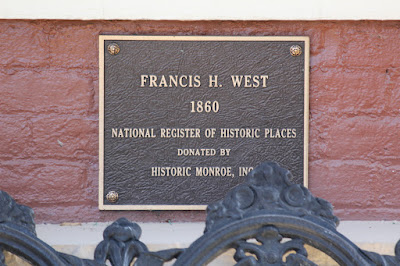 The General Francis H. West House is located on northbound 17th Avenue, north of its intersection with 15th Street, at or near 1410 17th Avenue, Monroe, Wisconsin 53566.


Octagon houses briefly became a nationwide architectural fad in the mid-nineteenth century. This house is unique in Wisconsin, for it combines three octagons and a rear wing into a plan resembling a three-leafed clover. One lobe houses public spaces: the parlor, the dining room, and a study. A second encloses the family room and the kitchen. A third contains the bedrooms, and the wing contains a library. Although West created a functional design, he also paid close attention to decorative details, such as scroll brackets with knob pendants under the eaves and cornice. Inside, he laid an intricate octagon-pattern parquet floor. He also installed a gravity-based plumbing system and a funnel-like ventilation system that drew cool breezes from the cupola into the floor below--both advanced ideas at the time. In the 1850s, before building this house, West served as a state senator, and during the Civil War he led the Thirty-First Wisconsin Volunteer Infantry. 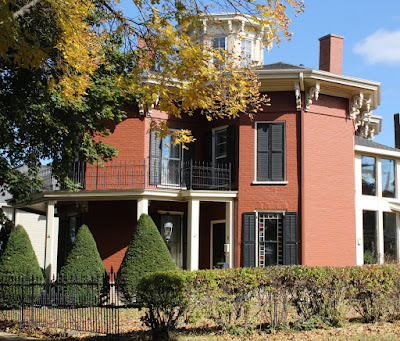 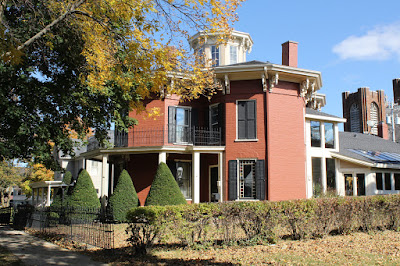