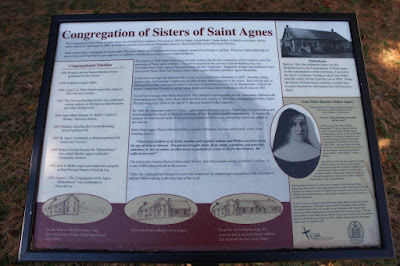 The Congregation of the Sisters of Saint Agnes was founded here in Barton, Wisconsin in 1858 by Father Caspar Rehrl. Father Rehrl, a Catholic missionary, left his native Austria for Milwaukee in 1844. To fulfill his pastoral zeal in the new Milwaukee diocese, this included the entire Wisconsin Territory.

While ministering to immigrants in Southeastern Wisconsin, Father Rehrl attempted to bring religious women from Europe to aid him. However, Father Rehrl did not receive help until Pope Pius IX gave approval to establish a sister of young pioneer women at Barton.

On August 12, 1858 Father Rehrl received three women into his new community which would be under the patronage of Saint Agnes of Rome. The first to respond to the call was Gertrude Rehberg who was christened Sister Mary Agnes Clara and became the first "Agnesian." Magdalene Hapfer and Katherine Goetz soon joined Father Rehrl and became Sisters Mary Agnes Gertrude and Mary Agnes Mechtildis.

Enthusiasm was high and fourteen other young women joined the community in 1859. Teaching, taking mission trips, and learning to farm were all duties Father Rehrl expected of his sisters. But soon the lack of farming knowledge, tools and the sister's [sic] own lack of education proved to be too burdensome. Filled with despair, hunger and frustration all but Father Rehrl and blind Sister Urusla fled in the Exodus of 1861.

The arrival of young Anne Marie Hazotte in 1862 marked a new beginning for the community. Blessed with determination and faith, Anne Marie made her first vows on July 2, 1863 and was named Sister Mary Agnes. The following year (1864) at the age of 17 she was elected Mother Superior.

By 1868, the community grew to twenty-eight sisters and seven novices. Father Rehrl began printing and distributing his own books to increase education of both his sisters and his congregation. To handle the spiritual and educational needs of the growing population of the area, a boarding school was added at the convent.

"There were children of all kinds: healthy and crippled; Indians and Whites; anywhere from the age of seven to thirteen. The parents brought wheat, flour, mean [sic], vegetables, and groceries, sometimes in lieu of tuition, at other times in gratitude for what we did for the children. We suffered not want."

The sisters also founded Barton Elementary School, their first normal school, or teacher's college. It is one of the oldest schools in Wisconsin.

Today, the congregation continues to welcome women of all cultures and nationalities with a mission to educate while walking in the footsteps of the Lord. 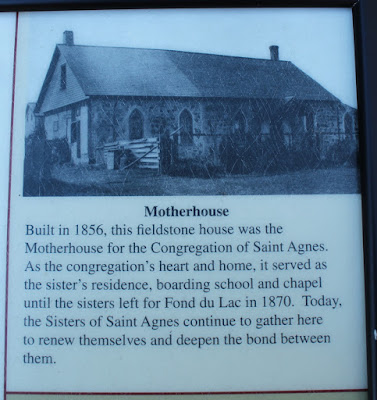 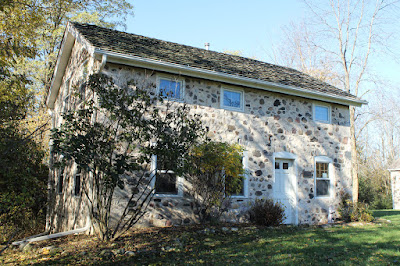 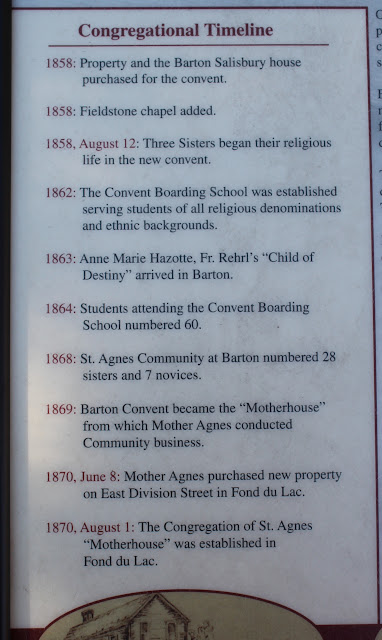 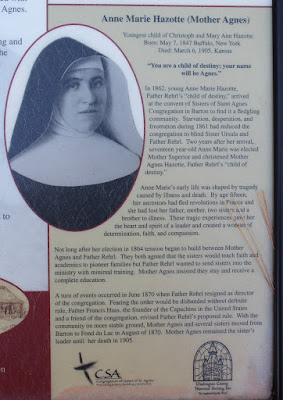 "You are a child of destiny; your name will be Agnes."

In 1862, young Anne Marie Hazotte, Father Rehrl's "child of destiny," arrived at the convent of Sisters of Saint Agnes Congregation in Barton to find it a fledgling community. Starvation, desperation, and frustration during 1861 had reduced the congregation to blind Sister Ursula and Father Rehrl. Two years after her arrival, seventeen [sic] year-old Anne Marie was elected Mother Superior and christened Mother Agnes Hazotte, Father Rehrl's "child of destiny."

Anne Marie's early life was shaped by tragedy caused by illness and death. By age fifteen, her ancestors had fled revolutions in France and she had lost her father, mother, two sisters and a brother to illness. These tragic experiences gave her the heart and spirit of a leader and created a woman of determination, faith, and compassion.

Not long after her election in 1864 tension began to build between Mother Agnes and Father Rehrl. They both agreed that the sisters would teach faith and academics to pioneer families but Rather Rehrl wanted to send sisters into the ministry with minimal training. Mother Agnes insisted they stay and receive a complete education.

A turn of events occurred in June 1870 when Father Rehrl resigned as director of the congregation. Fearing the order would be disbanded without definite rule, Father Francis Haas, the founder of the Capuchins in the United States and a friend of the congregation, revised Father Rehrl's proposed rule. With the community on more stable ground, Mother Agnes and several sisters moved from Boston to Fond du Lac in August of 1870. Mother Agnes remained the sister's [sic] leader until her death in 1905. 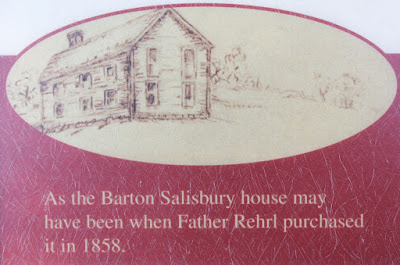 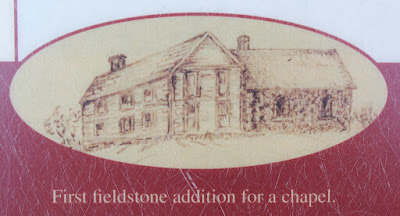 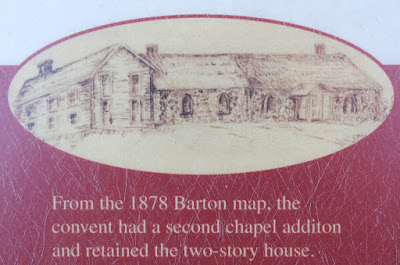 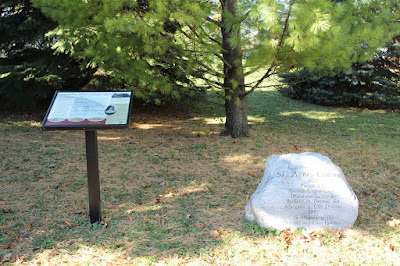 The marker is on the pedestal to the left. 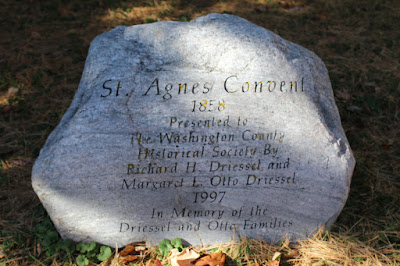