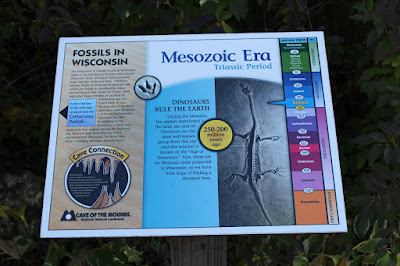 The formation of marine fossils in Wisconsin came to an end during the Devonian Period. Since that time, Wisconsin has remained high and dry above sea level. Therefore, marine fossils of more recent fiologic age, which are found in neighboring states, are not found here. However, bones, teeth, and other fossil remains of animals of Pleistocene-age are found here. In fact, the remains of the Boaz Mastadon were found on a farm in Southwestern Wisconsin in 1897. In addition to the dinosaurs -- birds and mammals first appear during the Mesozoic Era. Because rock from this era is not represented in Wisconsin, we have little hope of finding dinosaur remains here.

During the Mesozoic Era reptiles dominated the land, sea and air. Dinosaurs are the most well-known group from this era and this interval is known as the "Age of Dinosaurs." Alas, there are no Mesozoic rocks preserved in Wisconsin, so we have little hope of finding a dinosaur here. 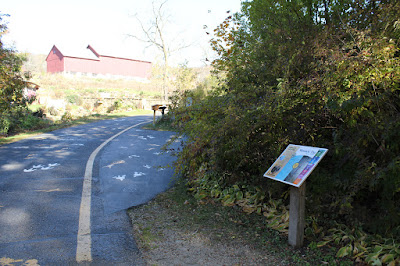 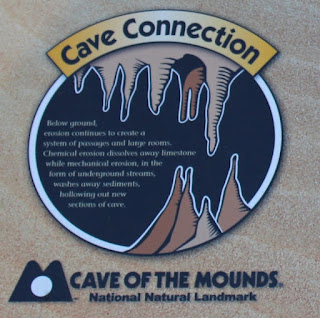 Cave Conection
Below ground, erosion continues to create a system of passages and large rooms. Chemical erosion dissolves away limestone while mechanical erosion, in the form of underground streams, washes away sediments, hollowing out new section of cave. 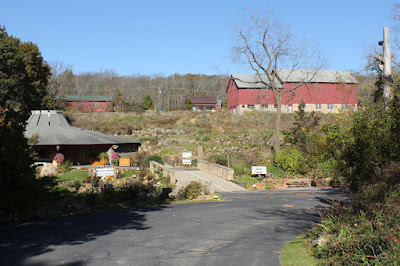 View of the Visitors Center (to the right) and the Brigham Farm (in the distance).