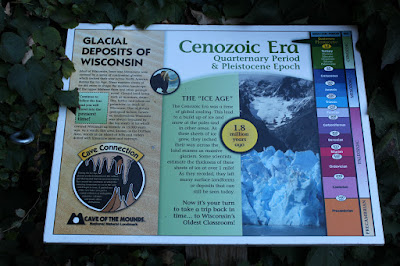 Most of Wisconsin, Iowa and Minnesota were covered by a series of continental glaciers which inched their way across North America during the Ice Age. These massive sheets of ice did more to shape the modern landscape of the upper Midwest than any other geologic event. Glacial land forms such as moraines, drumlins, kettles and eskers are prominent in much of Wisconsin. Due to certain geological factors, however, southwestern Wisconsin was always bypassed by the big sheets of ice which covered Wisconsin as recently as 15,000 years ago. As a result, this area, known as the Driftless Area, stands as an island of hills and valleys dotted with limestone piers and outcrops.

Continue to follow the line and you will travel into the present time!

The Cenozoic Era was a time of global cooling. This lead to a build up if ice and snow at the poles and in other areas. As these sheets of ice grew, they inched their way across the land masses as massive glaciers. Some scientists estimate the thickness of thse sheets of ice at over 1 mile! As they receded, they left many surface landforms or deposits that can still be seen today.

Now it's your turn to take a trip back in time...to Wisconsin's Oldest Classroom! 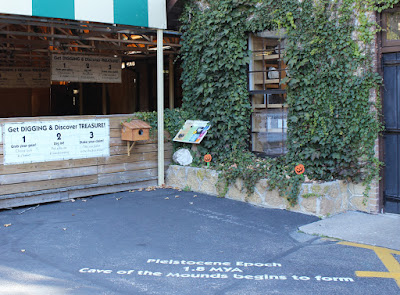 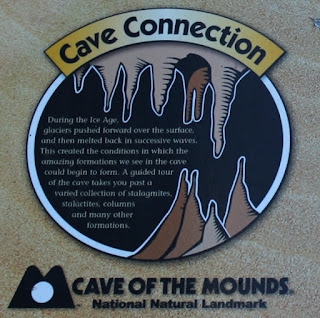 During the Ice Age, glaciers pushed forward over the surface, and then melted back in successive waves. These created the conditions in which the amazing formations we see in the cave could begin to form. A guided tour of the cave takes you past a varied collection of stalagmites, stalactites, columns and many other formations. 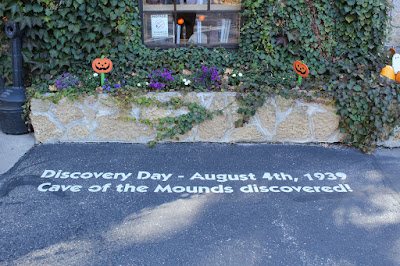 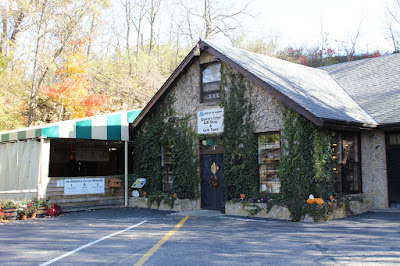 The marker is visible in in the corner, to the left. 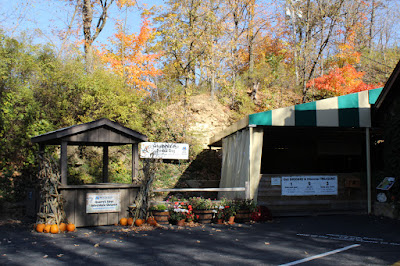 Beautiful fall at Cave of the Mounds!
The marker is visible in the shade, to the far right.