Capitol Square has long been the heart of the city 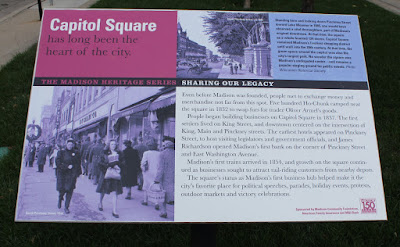 Capitol Square
has long been the
heart of the city

Even before Madison was founded, people met to exchange money and merchandise not far from this spot. Five hundred Ho-Chunk camped near the square in 1832 to swap furs for trader Oliver Armel’s goods.

People began building businesses on Capitol Square in 1837. The first settlers lived on King Street, and downtown centered on the intersection of King, Main and Pinckney streets. The earliest hotels appeared on Pinckney Street, to host visiting legislators and government officials, and James Richardson opened Madison’s first bank on the corner of Pinckney Street and East Washington Avenue.

Standing here and looking down Pinckney Street toward Lake Monona in 1885, you would have observed a vital thoroughfare, part of Madison’s original downtown. At that time, the square as a whole boasted 124 stores. Capitol Square remained Madison’s liveliest shopping district until well into the 20th century. At that time, the green space around the capitol was also the city’s largest park. No wonder the square was Madison’s undisputed center—and remains a popular staging ground for public events. 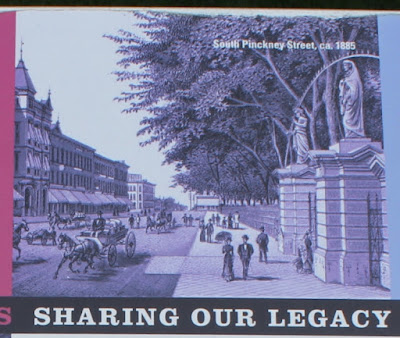 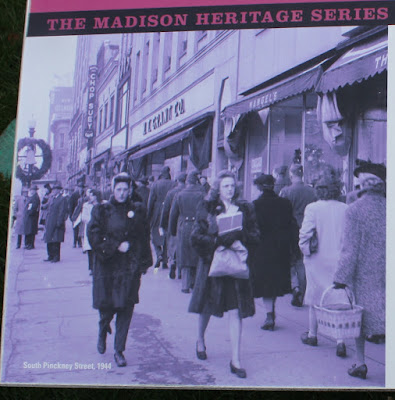 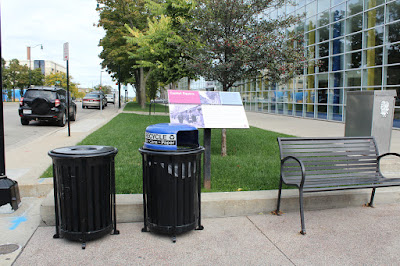