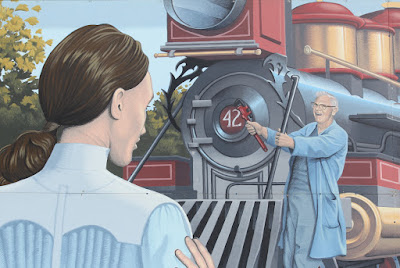 Truman was an icon of our community. He always has a smile for all and everyone knew him as a kind and happy gentlemen.

Truman "Ole" Olin was born and raised in the Brodhead area and worked as a mechanic his entire life.
At 15 years old, Truman started working for Marvin Green at the now historic carriage factory in downtown Brodhead.
He married Frieda Hafen in the depth of the depression and lived in a house on the race for all 63 years of their married life.
Frieda and he loved boating on the race and kept boats for their neighbors in their 4 stall boathouse including a handmade boat by Requartte Hahn.
"Ole" served as a fire chief for over 20 years for the Brodhead Fire Department, was a director at the Bank of Brodhead, and was a noted historian of our community, being a lifetime member of the Brodhead Historical Society.
Truman can be found on the mural working on the train as a mechanic. 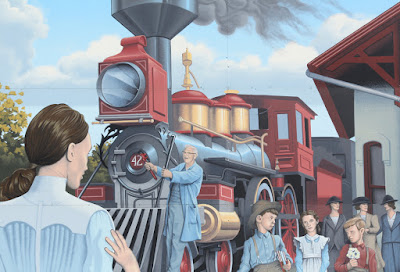 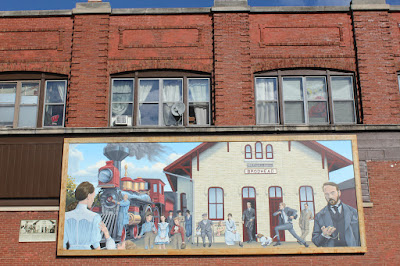 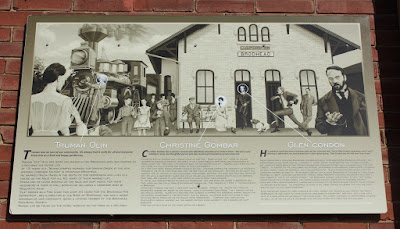 Truman Olin's story is on the left. 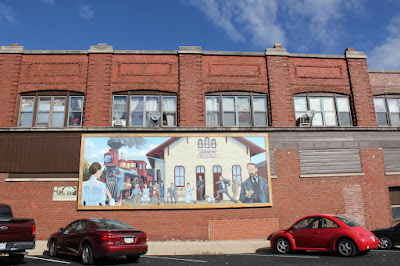 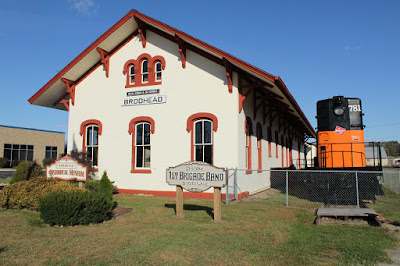 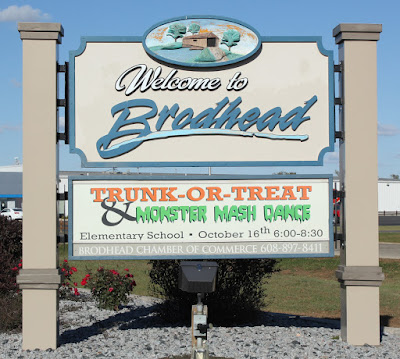