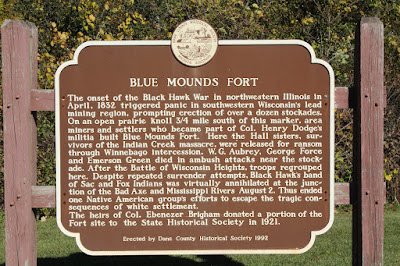 The onset of the Black Hawk War in northwestern Illinois in April, 1832 triggered panic in southwestern Wisconsin's lead mining region, prompting erection of over a dozen stockades. On an open prairie knoll 3/4 mile south of this marker, area miners and settlers who became part of Col. Henry Dodge's militia built Blue Mounds Fort. Here the Hall sisters, survivors of the Indian Creek massacre, were released for ransom through Winnebago intercession. W.G. Aubrey, George Force and Emerson Green died in ambush attacks near the stockade. After the Battle of Wisconsin Heights, troops regrouped here. Despite repeated surrender attempts, Black Hawk's band of Sac and Fox Indians was virtually annihilated at the junction of the Bad Axe and Mississippi Rivers August 2. Thus ended one Native American group's efforts to escape the tragic consequences of white settlement.

The heirs of Col. Ebenezer Brigham donated a portion of the Fort site to the State Historical Society in 1921.

The marker is located on westbound County Highway Id, at its intersection with Division Street, in a grassy area at the east side of the intersection, Blue Mounds, Wisconsin 53517. 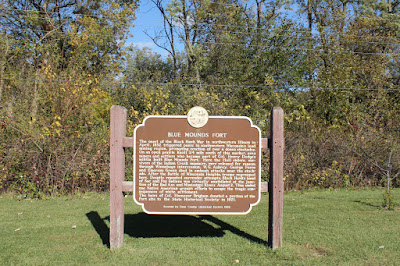 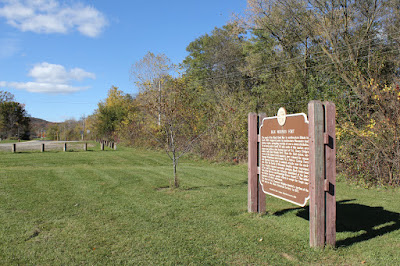 An illustration of Black Hawk,
from History of the Indian Tribes of North America
This media file is in the public domain.
Click here for more information. 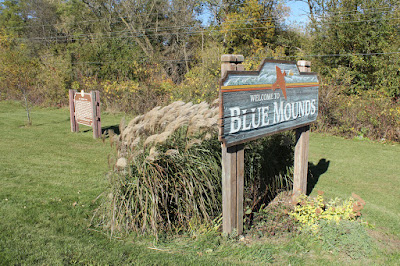 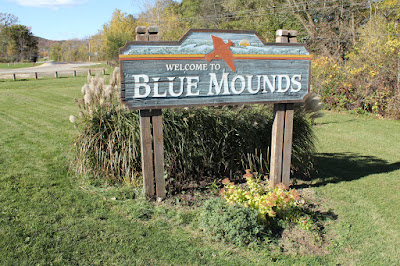