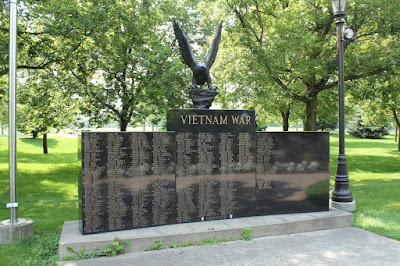 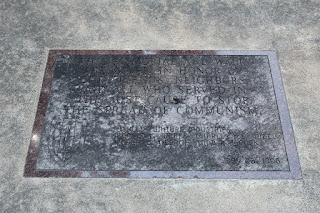 This memorial and wall
are given in honor of
our friends, neighbors
and all who served in
the just cause to stop
the spread of communism. 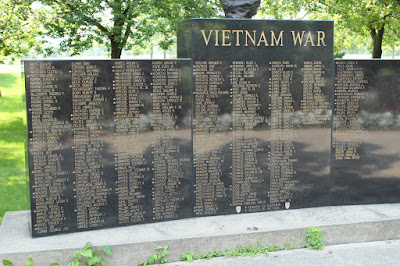 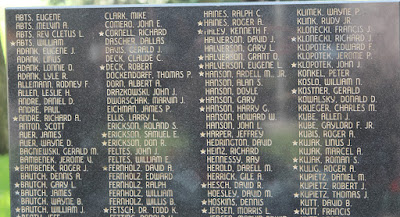 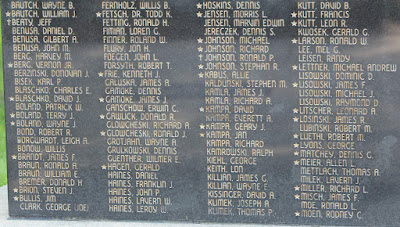 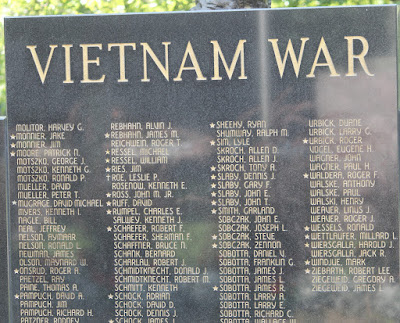 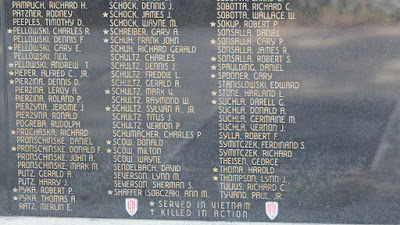 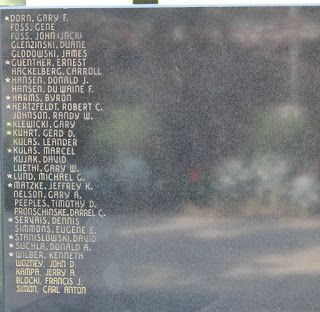 These memorials are in the cement
in front of the memorial: 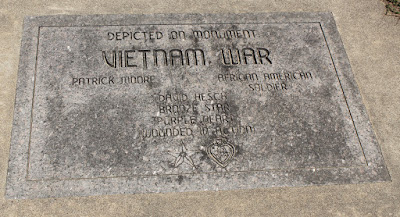 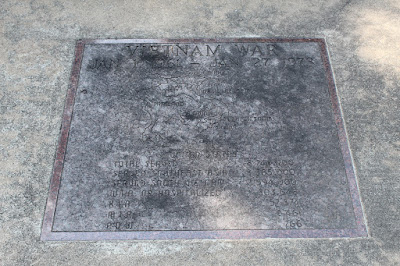 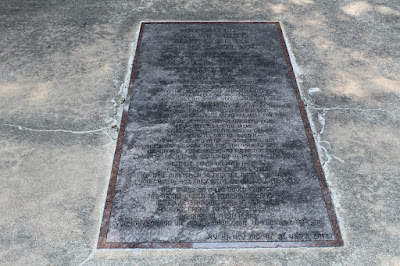 YOU CALLED --
AND WE WOULD
HAVE GONE TO
THE WALL FOR YOU
It started so long ago as kids
with all the games and things we'd do.
Someone would yell "Who's up for a game?"
You called and we would go to the wall for you.

At school as in life, the older we got
the tougher the games grew.
The coach would scream -- we need
you in the team.
You called, and we would go to the wall for you.

Here we stand on free land by
a wall with our capital's view.
We take our place to find the names we trace.
You called and they went to the wall for you.

But if any of it we could change
the names would be rearranged and they
would be standing here in our shoes
and the names to be traced would
be ours in their place.
You called and we would have gone to the wall for you.

By Kathy Moore, a Vet's Wife