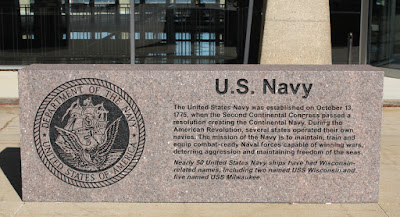 The United States Navy was established on October 13, 1775, when the Second Continental Congress passes a resolution creating the Continental Navy. During the American Revolution, several states operated their own navies. The mission of the Navy is to maintain, train and equip combat-ready Naval forces capable of winning wars, deterring aggression and maintaining freedom of the seas. 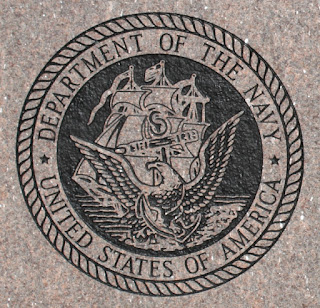 The U.S. Navy Tribute is third from the left.

The U.S. Navy Tribute is located at
the Milwaukee County War Memorial Center.