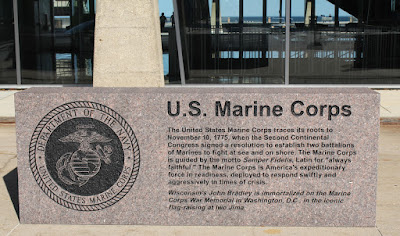 The United States Marine Corps traces its roots to November 10, 1775, when the Second Continental Congress signed a resolution to establish two battalions of Marines to fight at sea and on shore. The Marine Corps is guided by the motto Semper Fidelis, Latin for "always faithful." The Marine Corps is America's expeditionary force in readiness, deployed to respond swiftly and aggressively in times of crisis.

Wisconsin's John Bradley is immortalized on the Marine Corps War Memorial in Washington, D.C. in the iconic flag-raising at Iwo Jima.

The Official Website of the United States Marine Corps 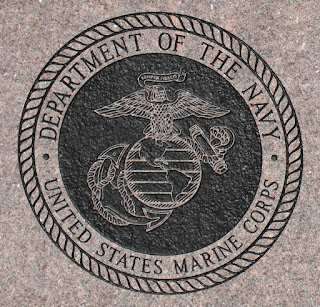 John Henry "Jack" "Doc" Bradley (July 10, 1923 – January 11, 1994) was a United States Navy Hospital corpsman who was awarded the Navy Cross for extraordinary heroism in combat while attached to a U.S. Marine Corps rifle company on February 21, 1945 during the Battle of Iwo Jima in World War II. Bradley was the last surviving member of the second of two American flag-raisings that took place on Mount Suribachi on February 23, 1945. Born John Henry Bradley in Antigo, Wisconsin to James ("Cabbage") and Kathryn Bradley, he was the second of five children. He grew up in Appleton, Wisconsin. 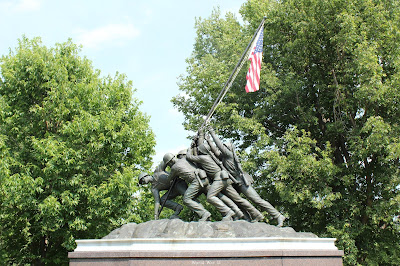 The U.S. Marine Corps Tribute is second from the left.