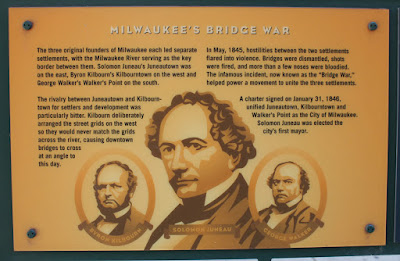 The three original founders of Milwaukee each led separate settlements, with the Milwaukee River serving as the key border between them. Solomon Juneau's Juneautown was on the east, Byron Kilbourn's Kilbourntown on the west and George Walker's Walker's Point on the south.

The rivalry between Juneautown and Kilbountown for settlers and development was particularly bitter. Kilbourn deliberately arranged the street grids on the west so they would never match the grids across the river, causing downtown bridges to cross at an angle to this day.

In May, 1845, hostilities between the two settlements flared into violence. Bridges were dismantled, shots were fired, and more than a few noses were bloodied. The infamous incident, now known as the "Bridge War," helped power a movement to unite the three settlements.

A charter signed on January 31, 1846, unified Juneautown, Kilbourntown and Walker's Point as the City of Milwaukee. Solomon Juneau was elected the city's first mayor. 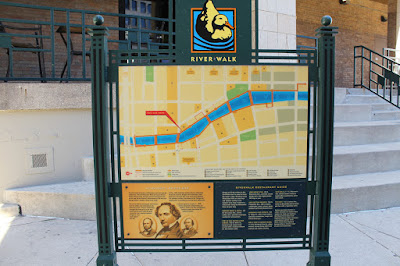 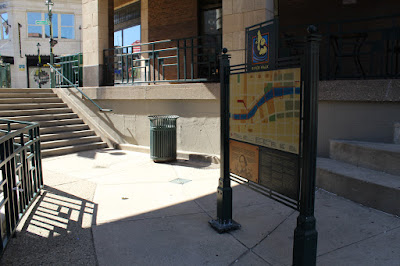 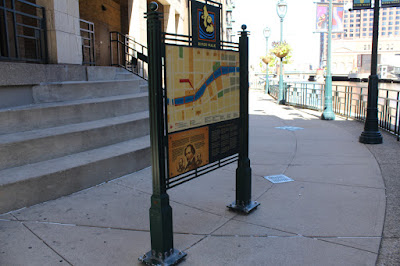 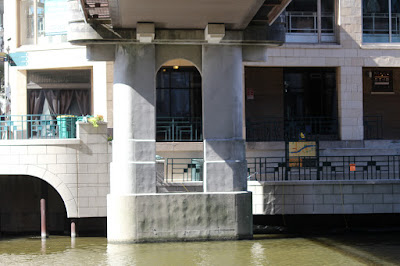 View from across the Milwaukee River, on the east bank. 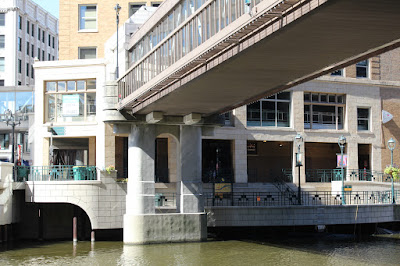 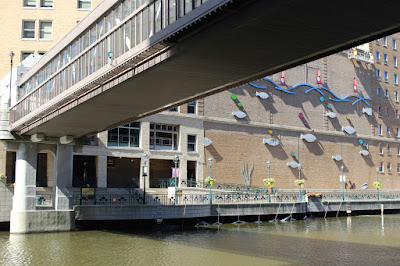 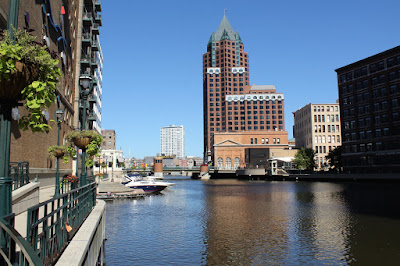 The marker is located on the west bank of the Milwaukee River,
along Milwaukee's River Walk.