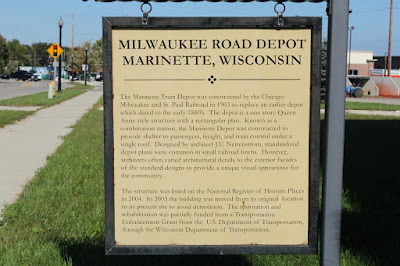 The Marinette Train Depot was constructed by the Chicago Milwaukee and St. Paul Railroad in 1903 to replace an earlier depot which dated to the early 1880's. The depot is a one story [sic] Queen Anne style [sic] structure with a rectangular plan. Known as a combination station, the Marinette Depot was constructed to provide shelter to passengers, freight, and train control under a single roof. Designed by architect J.U. Nettenstrom, standardized depot plans were common in small railroad towns. However, architects often varied architectural details to the exterior facades of the standard designs to provide a unique visual appearance for the community.

The location is listed on the National Register of Historic Places: Wisconsin. 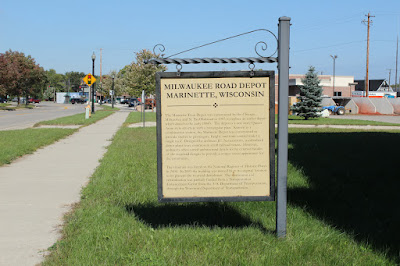 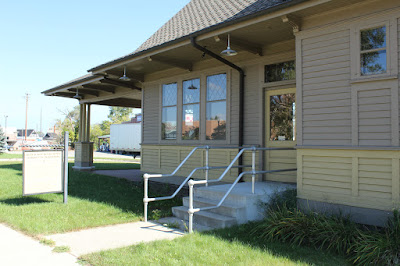 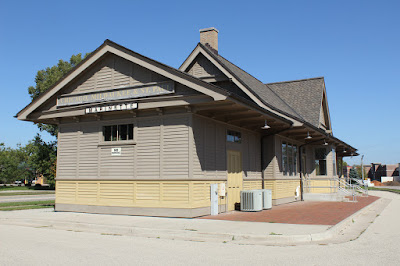 The south (to the right) and east sides of the depot. 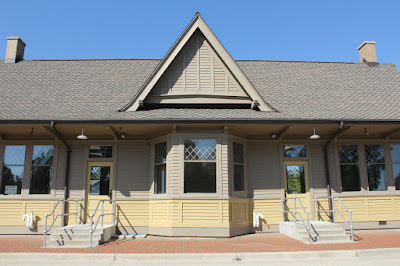 The east side of the depot. 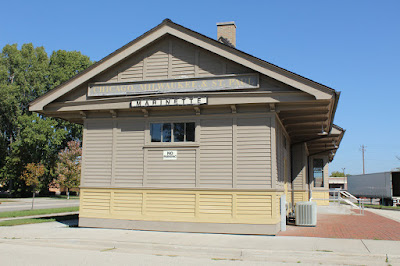 The south side of the depot.

The depot and marker are located in Marinette, Wisconsin.