History of St. John the Baptist Catholic Church and Settlement of This Area 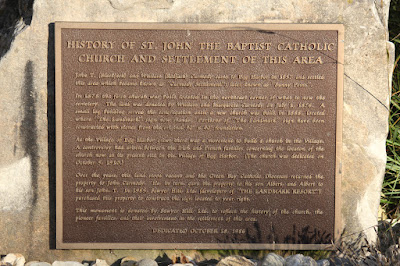 HISTORY OF ST. JOHN THE BAPTIST CATHOLIC
CHURCH AND SETTLEMENT OF THIS AREA

In 1878 the first church was built located in the northeast corner of what is now the cemetery. The land was donated by William and Margarete Carmody on July 1, 1876. A small log building served the congregation until a new church was built in 1888, located where "The Landmark" sign now stands. Portions of "The Landmark" sign have been constructed with stones from the original 30' x 40' foundation.

Over the years, this land stood vacant and the Green Bay Catholic Diocesan returned the property to John Carmody. He, in turn, gave the property to his son Albert, and Albert to his son John T. In 1985, Sawyer Hills, Ltd. (developers of 'THE LANDMARK RESORT") purchased this property to construct the sign located to your right.

This monument is donated by Sawyer Hill, Ltd. to reflect the history of the church, the pioneer families, and their involvement in the settlement of this area.

The marker is located at a highway turnout on southbound Wisconsin Highway 42, just north of its intersection with Hillside Road, at or near 7313 State Highway 42, Egg Harbor, Wisconsin 54209. 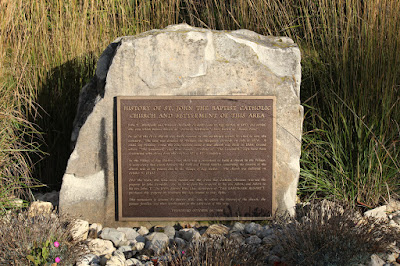 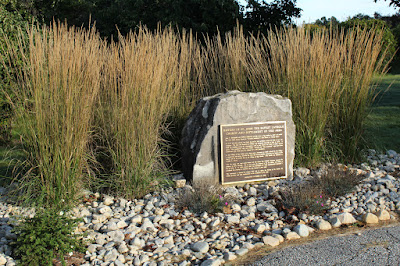 One of the oldest and best known families in Door county is the Carmody family. Of the members of this large family none is better known than Thomas F. Carmody, Door county's famous road building. Mr. Carmody was born November 23, 1868 in the town of Gibraltar [known today as Fish Creek]. He is a son of John T. and Mary (Keeffe) Carmody. John T. Carmody was the oldest son of Thomas Carmody, Sr., who with his brother William settled in the southern part of the town of Egg Harbor in 1857. For many years they lived far back in the wilderness without neighbors, roads or any modern conveniences. The Carmody brothers were prompted to settle in this remove spot by the abundance of cedar, the land at that time being very little esteemed for its agricultural possibilities. In the latter '50s they moved further north in the town and founded the present settlement on what is now called Carmody prairie but which was then a huge forest. The Carmody family originally came from Limerick, Ireland.

Thomas F. Carmody, the subject of this sketch, has always lived in Door county. He received his common school education in Egg Harbor and has ever since then been one of the busiest men in the county. When Door county began its great road building programme in 1908 Mr. Carmody was the first contractor that did the work. He was also the first private individual to show his faith in the good roads movement by buying a stone crushing outfit and roller. Ever since 1908 up to the present, in 1917, Mr. Carmody has been busy building macadam roads, having built no less than forty-seven miles of macadam roads besides a number of city streets. He is therefore one of the most experienced men in the state in this line of work.

Mr. Carmody has also had much experience in conducting lumber camps and getting out cord wood. Not satisfied with building roads in summer and cutting timber in winter he is also a prominent farmer. Just south of Egg Harbor he owns a one hundred and twenty acre dairy farm with the most up-to-date buildings. He also is have owner in two other farms.

On November 8, 1892, Mr. Carmody was married to Miss Mary Baraboo, a daughter of Levi Baraboo of Egg Harbor. He has had three children : Alonzo, who died in childhood; Evelyn, born October 1, 1895; and Brace, born June 2, 1890. The two young ladies are both exceptionally gifted in music.


Mr. Carmody was town treasurer of Egg Harbor for a number of years. He is independent in politics, is a member of the Catholic Church at Egg Harbor and is one of the most useful men in the county. 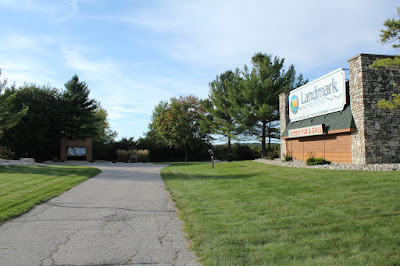 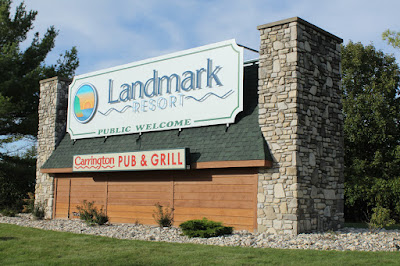 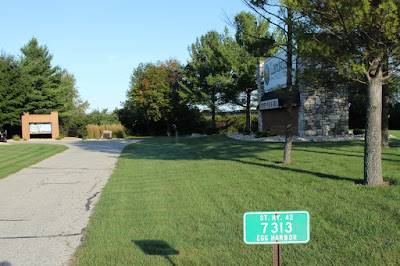 The marker is located in Egg Harbor, Wisconsin.