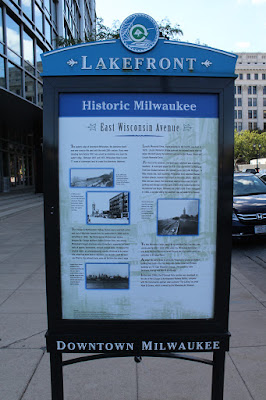 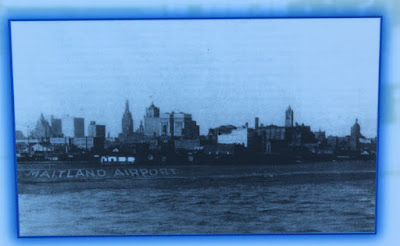 Maitland Airport (known as Maitland Field) consisted of a landing strip and a sea-ramp for pontoon planes landing on the lake. It was shut down during World War II (as were all small airports) as a security measure against sabotage. Photo courtesy of the Milwaukee County Historical Society.

This mid 1940s photo shows the downtown lakefront, with Lake Michigan on the left and the Chicago & Northwestern Railroad station and tracks front and center. Photo courtesy of the Milwaukee County Historical Society. 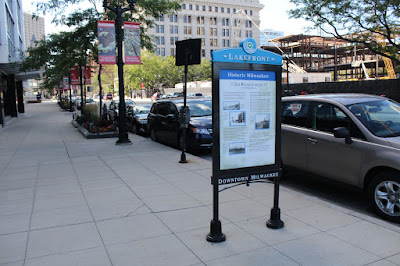