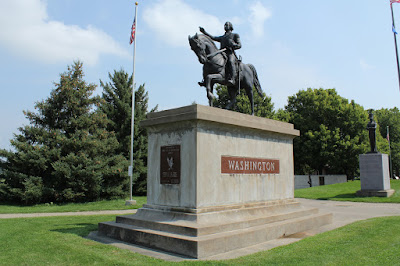 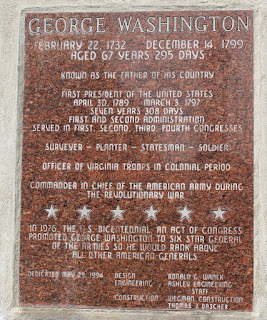 Commander in Chief of the American Army during
the Revolutionary War
☆  ☆  ☆  ☆  ☆
In 1976 the U.S. Bicentennial, an Act of Congress
promoted George Washington to Six Star General
of the Armies so he would rank above
all other American Generals 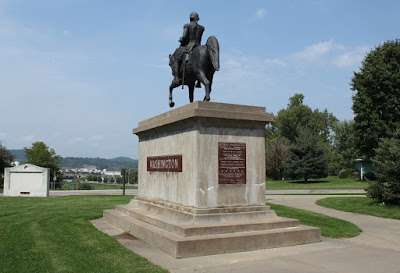 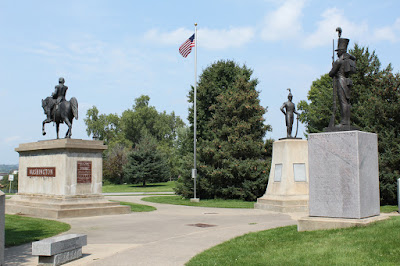 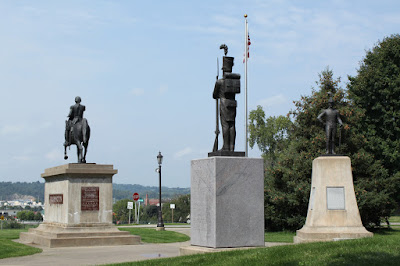 Portrait of George Washington (1732–99), 20 March 1797
This media file is in the public domain.
Click here for more information. 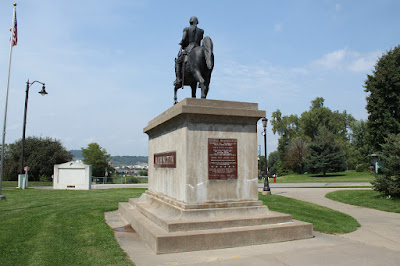 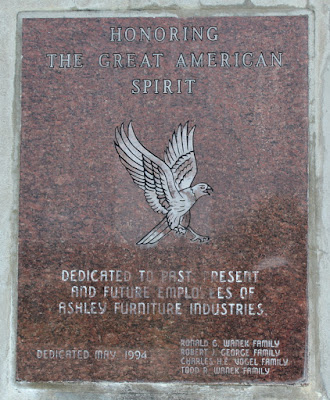 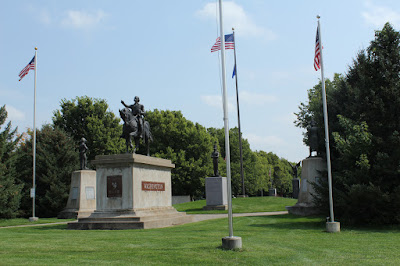 The tribute to George Washington is located at the north entrance
to Arcadia Memorial Park.