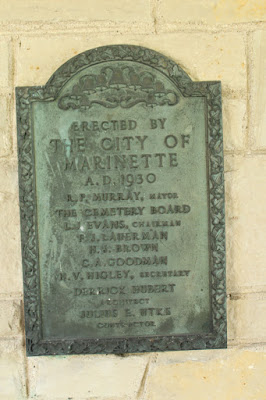 The marker and building are located at Forest Home Cemetery at 2425 Mary Street, Marinette, Wisconsin 54143.

Hubert was born in Illinois to Canadian parents, but grew up in Fond du Lac, Wisconsin, and Iron Mountain. For a few years Hubert worked with his father, a carpenter, and also at a saw mill. He trained himself in architecture, completing a course from the National Correspondence School in Scranton, Pa., and settled in Menominee.
Hubert seems to have had a thriving practice. In 1911 he was credited with having designed the Menominee County Agricultural School buildings, Roosevelt High School building, St. Joseph’s Hospital, and the Commercial Bank building, all in Menominee, as well as the Wabena High School building. In 1914 he had the following projects in hand: domestic science and manual training buildings, which were the first and second units of a $150,000 school to be built in Menominee; a new high school in Stephenson, with an estimated cost of $15,000; a $5,000 brick business block in Menominee, and a $4,000 house for A. J. Pipkorn in Hermansville, to be finished with cement and stucco. In 1921-22 he designed St. John the Baptist Church in Menominee, now the Menominee County Historical Society. In the 1930s, Hubert designed several buildings for the mental health facility in Newberry. 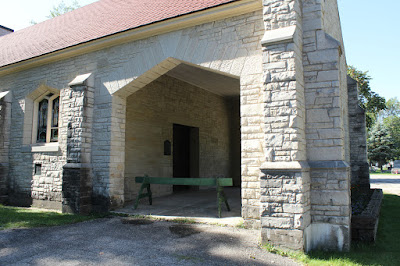 The plaque is mounted to the facade to the left of the door. 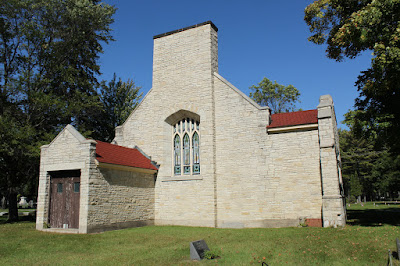 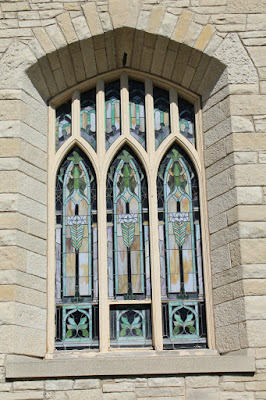 The building is located in Marinette, Wisconsin.