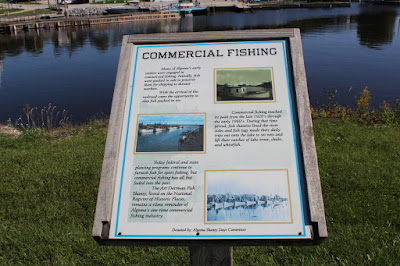 Many of Algoma's early settlers were engaged in commercial fishing. Initially, fish were packed in salt to preserve them for shipping to distant markets.
With the arrival of the railroad came the opportunity to ship fish packed in ice.
Commercial fishing reached its peak from the late 1920's through the early 1960's.      During that time period, fish shanties lined the river sides and fish tugs made their daily trips out onto the lake to set nets and lift their catches of late trout, chubs, and whitefish.
Today federal and state planning programs continue to furnish fish for sport fishing, but commercial fishing has all but faded into the past.
The Art Dettman Fish Shanty, listed on the National Register of Historic Places, remains a silent reminder of Algoma's one-time commercial fishing industry.

The marker is located on the south bank of the Ahnapee River, adjacent to a parking lot, at or near 77 Steele Street, Algoma, Wisconsin 54201. 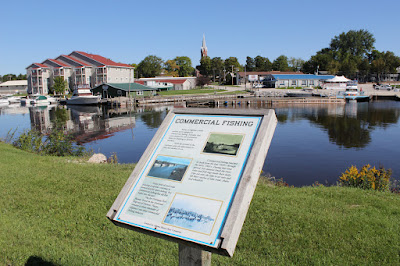 With the referenced Art Dettman Fish Shanty visible to the left
(the one-story green-roofed, green building). 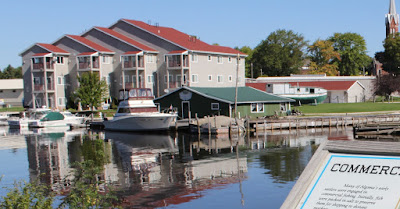 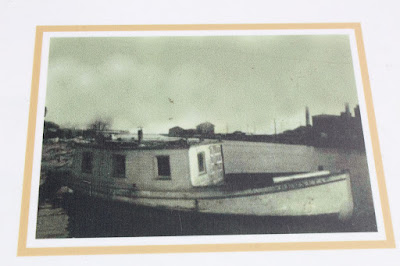 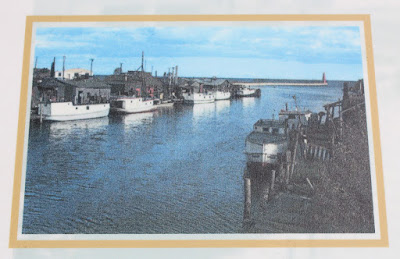 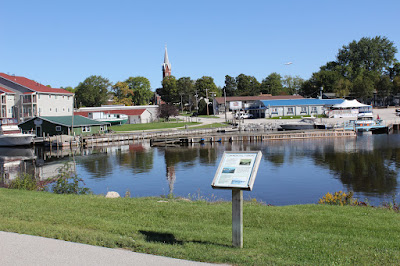 With the Ahnapee River in the background. 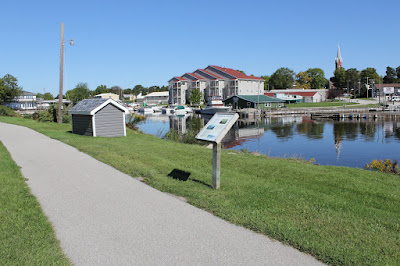 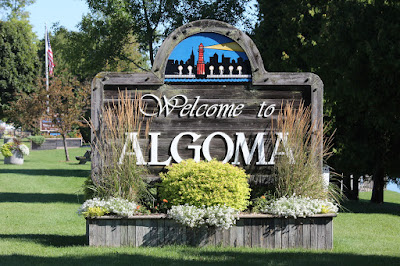