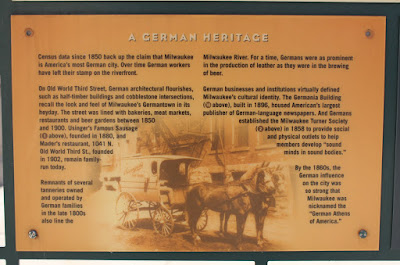 Census data since 1850 back up the claim that Milwaukee is America's most German city. Over time German workers have left their stamp on the riverfront.

On Old World Third Street, German architectural flourishes, such as half-timber buildings and cobblestone intersections, recall the look and feel of Milwaukee's Germantown in its heyday. The street was lined with bakeries, meat markets, restaurants, and beer gardens between 1850 and 1900. Usinger's Famous Sausage (1 above), founded in 1880, and Mader's restaurant, 1041 N. Old World St., founded in 102, remain family-run today.

Remnants of several tanneries owned and operated by German families in the late 1800s also line the Milwaukee River. For a time, Germans were as prominent in the production of leather as they were in the brewing of beer.

By the 1860s, the German influence on the city was so strong that Milwaukee was nicknamed the "German Athens of America."

NOTE: Except for a small parking lot for a restaurant, there is no parking at the marker location.

The Germans Settle in Milwaukee -- 1830 to present

The marker is visible in the bottom left corner of the kiosk. 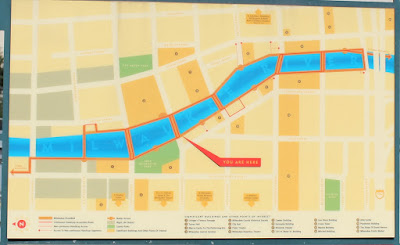 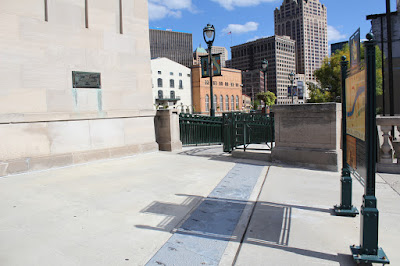 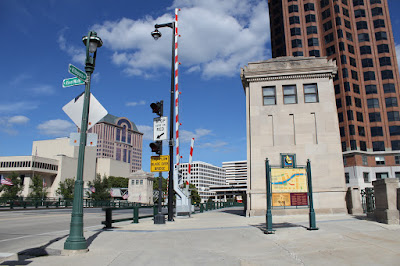 A gorgeous afternoon in downtown Milwaukee!! 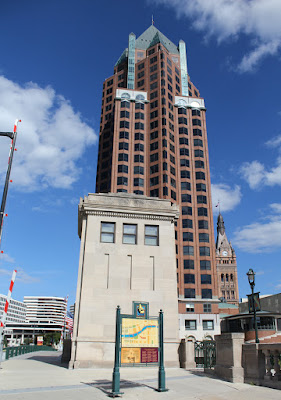 With the Milwaukee Center Office Tower in the background.

The marker is located along Milwaukee's RiverWalk.