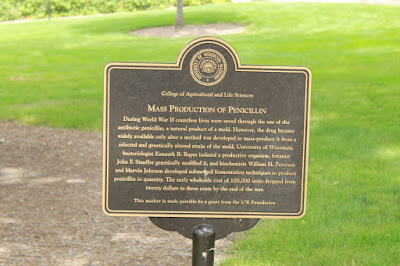 During World War II countless lives were saved through the use of the antibiotic penicillin, a natural product of a mold. However, the drug became widely available only after a method was developed to mass-produce it from a selected and genetically altered strain of the mold. University of Wisconsin bacteriologist Kenneth B. Raper isolated a productive organism, botanist John F. Stauffer genetically modified it, and biochemists William H. Peterson and Marvin Johnson developed submerged fermentation techniques to produce penicillin in quantity. The early wholesale cost of 100,000 units dropped from twenty dollars to three cents by the end of the war.

The marker is located in front of the Microbial Sciences Building on eastbound Linden Drive, at its intersection with Babcock Drive, at or near 1550 Linden Drive, Madison, Wisconsin 53706. 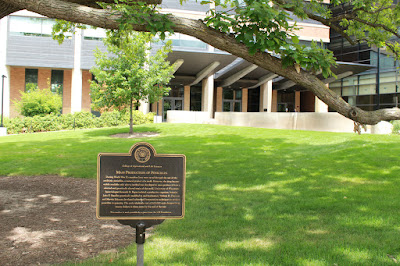 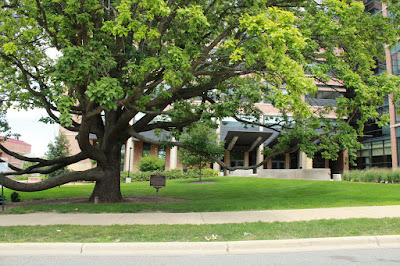 With the Microbial Sciences Building in the background. 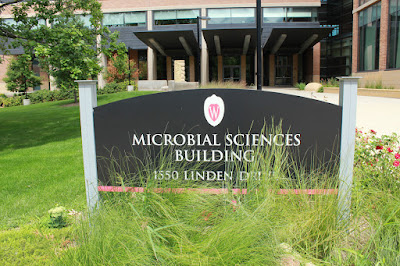 The marker is in front of the Microbial Sciences Building. 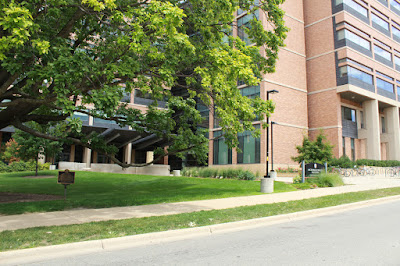